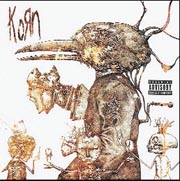 The eighth album from nu-metal band Korn is mildly rocking. Korn has proved it can still rock, despite the fact that the band has lost its original guitarist and drummer.
The latest album, Untitled, has thirteen tracks that are pretty much acceptable.
In this latest album the band has been experimenting in some new realms with a more melodic touch. They have become more gothic and their music has become more stable.
However, when listening to the album without much concentration it’s hard to tell one track from another. Each song is slightly different but they tend to flow together.
Compared to its past, Korn seems to have lost the sound that got many of its fans to their feet It is clear that this is not the last time that fans will hear from this band but it’s also uncertain whether they’ll find the elements that created so many fans when they released “Blind,” their debut song.
By Lee Ho-jeong