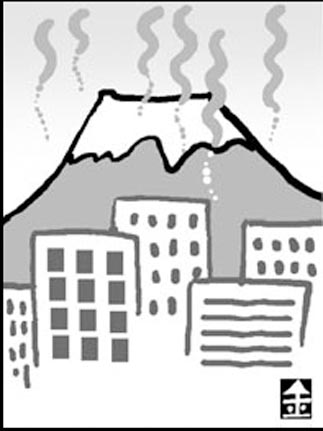 It is a well-known fact that chimpanzees are the closest animals to humans. It must be true, since 98.7 percent of our DNA organization is the same. However, due to the 1.7 percent difference, chimpanzees are inside cages and we human beings go and see them at the zoo.
The main difference between the two is how well they adjust to the hot weather.
Human beings endure well in hot weather. That is because we are able to sweat.
Humans sweat a lot more than other animals in hot weather. By losing water, we are able to lower our temperature quickly.
However, chimpanzees don’t have this function. They aren’t able to walk around under the hot sun like humans can. During hot humid weather, they hide in the shade under the trees and stay still.
Chimpanzees do have perspiration glands. But they only sweat fat, not water. This fat makes their fur smooth and helps diffuse their body odor.
Japan’s famous professor of evolutionary biology, Hasegawa Mariko, writes in his book that human beings adjusted to hot weather when they started living outside of the tropical rainforest and in the plains where there was no shade to hide them. From this period on, humans lost much of their fur and started sweating a lot to survive in hot weather.
Although they say the whole world is suffering from unusual weather, this year’s summer in Japan has been deadly. It hit 40.9 degrees Celsius (106F), the highest temperature recorded in 74 years. In the case of Tokyo, there were only two days when the weather fell below 25 degrees Celsius in August.
It is as if the weather is trying to test people’s limits. Just during this month, more than 20 people have died because of the hot weather and 3,000 have visited the emergency room.
Some have even died from the heat inside their own home. The amount of electricity used reached record highs. Even in Hokkaido and Sapporo, places famous for being cool in the summer, there were unusually high temperatures. In some cases, fire alarms rang due to the heat. Saitama Prefecture is calling all elderly residents who live alone to check if they are doing well.
Some are now saying geologists should amend the text books or the encyclopedias to say that Japan is a tropical region, not a temperate one.
While experiencing this unusual weather, there is no difference between chimpanzees and human beings.