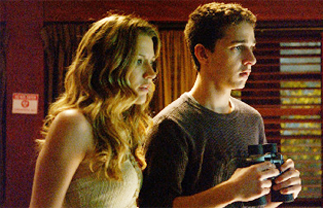 After two years living in the heart of Seoul, I recently returned to American suburbia.
In Seoul, I was a real urbanite ― I deftly avoided the odd street people.
I stepped into the chaotic Namdaemun intersection with no fear, and the loud arguments outside my apartment at 2 a.m. left me unflapped.
Though I loved Seoul, the longer I lived there the more nostalgic I felt myself becoming for my hometown of Burbank, California ― not because Burbank is especially nice, but rather because it epitomizes of American suburbs.
I longed for 24-hour supermarkets with high ceilings and automatic doors, nearly empty of people but chock-full of what had become exotic items, like chocolate chips and deodorant.
I pined for a place with tree-lined sidewalks where condos stand fewer than 20 stories high.
And most of all, I missed quiet, dark nights and starry skies.
Now I have all these things back, and yet I am uneasy.
My big, empty house has far too many windows.
Who could be watching me from out there?
Without the sturdy, comforting cages that encased every opening of my Seoul apartment, my house seems as safe as a slice of Swiss cheese.
And those quiet, dark nights ― why are they so dark and quiet? Why don’t they speak?
Just what do they have to hide?
I realized that the American suburbs were not all I remembered them to be.
Instead, I had entered the twilight zone of picket fences and that creepy Neighborhood Watch logo.
And simply put, “Disturbia” does not help.
In it Shia LaBeouf plays Kale, a kid who drove into a sedan, killing his father, on the way back from a fishing trip.
Kale has now become a delinquent.
Put under house arrest for three months for punching out his Spanish teacher (Rene Rivera), Kale passes the time watching his neighbors, particularly the pretty Ashley, who just moved in next door and is played by Sarah Roemer.
Cast as a teenager, Roemer looks every bit her 23 years.
A Korean-American buddy (Aaron Yoo) rounds out the crew, and it’s time to introduce the bad guy, Mr. Turner (David Morse), who the three naturally suspect of being a serial killer.
I’m not ruining much of the plot if I tell you they turn out to be right. In fact, the only thing in Disturbia I didn’t see coming in the first few minutes of the film is that Ashley is never taken hostage by anyone.
That role’s taken by Kale’s mom, played by Carrie-Anne Moss, looking nothing like Trinity in “The Matrix.”
There’s a lot of mild teenage sexual innuendo and a traipse through a basement full of decaying corpses.
There are some nifty “Boo!” moments and David Morse certainly fits the bill of a disturbing neighbor.
All in all, though, Disturbia is nothing special.
Yet it still managed to freak me out.
And I began thinking.
What could that nice Armenian lady next door be plotting?
Why don’t the kids next door swim in their pool anymore?
What happened to that noisy dog across the alley?
Certainly not murder most foul?
Of course, in the American suburbs, at least in those like me, there aren’t any actual serial killers.
Or so I told myself.
Then ― all kidding aside ― a double homicide hit the news mere blocks from my house.
Did I mention that my house is full of curtains and closets perfect for hiding spots?
Perhaps it would be considered odd if I went through the house and carefully labeled each trouble spot, set up cameras and spent my life curled up in the one or two corners completely safe from summer teen horror flick cliches.
And yet I wonder ― is it too late to go back to my tiny, noisy ― and completely safe ― Seoul apartment?
So perhaps this movie did its job by inducing a chill factor in surroundings that seem calm.
Now excuse me while I check under my bed.