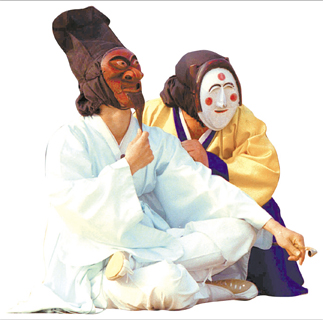 On the English-language Web site “Images of Korea,” Korea’s Ministry of Tourism and Culture tries to represent the essence of the Korean identity through twelve cultural icons, which include ginseng, kimchi, hanbok, taekwondo and Mount Seorak.
The site, launched in 2002 as the country prepared to host the World Cup, aimed to promote Korean culture abroad. It has images of a lush mountain covered in pink blossoms, decorative embroidery on silk fabrics and wholesome plates of pickled vegetables. Together, the images form an idealized picture of the nation, the kind of symbols that are supposed to make people think of Korea as “the Land of the Morning Calm.”
But in reality, the idea of traditional beauty promoted by the government does not represent the way Korea is seen in the global market.
A concept more commonly embraced by foreign investors and analysts is the “Korea Discount,” a phrase used to describe various risk factors associated with the South Korean economy, both real and imagined, that lead many foreign clients to undervalue corporations and products from Korea.
In a recent survey of the national brand map by the Korea Trade Investment Promotion Agency, the discount effect even applies to leading Korean companies like Samsung, LG and Hyundai. 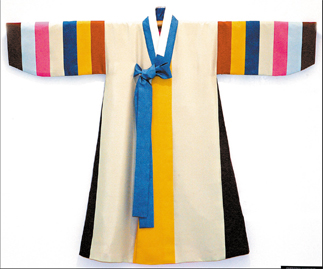 It showed that many overseas buyers of mobile phones prefer products made in Japan or Finland over those made in Korea, because Korea has a less stylish aura than the other two nations. In the same survey, up to 58 percent of respondents said they had mistaken Samsung for a Japanese brand, because leading Korean companies deliberately obscure their nationalities on products and brand advertisements, emphasizing their global image.
“To be frank, the brand credentials of Korea as a nation is lower than companies like Samsung in the world market today,” says Lee Chang-hyeon, a market strategy analyst at the national brand management section of the trade promotion agency, which initiated the survey in May. “Therefore it involves greater risks for Korean companies to put “made in Korea” tags on their products, even though the Korean government would implicitly want that to raise Korea’s national image in the world, just as Sony contributed a great deal to enhancing the overall standard of Japan’s tech industry and its national image.”
The Korea Discount is not just an economic phenomenon. It’s also political, social and cultural, resulting from a set of problems that contribute to the country’s negative image, It includes factors like the political corruption of government officials, unstable labor relations and the threat of nuclear aggression from North Korea, all of which are extensively exposed through the global news media.
To improve its national image the Korean government has expanded the scale of overseas publicity activities over the past five years. 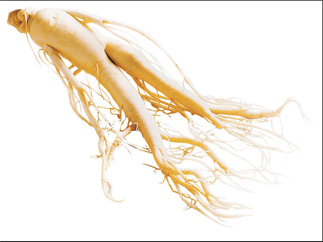 One of its major initiatives was to set up the Korea Image Commission, a branch of the Government Information Agency , which is mainly responsible for the international promotion of the Korean economy, language, culture and diplomacy.
At first the commission made some notable efforts which had a significant impact. In 2002, when the commission was launched to coincide with the World Cup , it initiated a shift in the country’s image from “the land of the morning calm” to a vibrant hub of the Asian economy with the slogan “Dynamic Korea.”
But despite Korea’s economic prosperity and its major achievements in attracting important sporting events and business forums, the national image of Korea outside the country has shown little progress over the past decade.
The recent survey by the agency showed that many North Americans confuse the Korean language with Chinese. In another survey by the agency from 2005, about 36 percent of foreign consumers did not know Korea was a leading economy and a member state of the OECD, while 86.7 percent of them knew about the country’s political division.
One reason behind the lack of awareness about modern Korea is the inadequate quantity and inferior quality of overseas publicity undertaken by the government.
The master plan devised by the Korea Image Commission in 2005 stressed the urgent need to accumulate a solid global network, which responds to Korea’s current affairs as they happen. The report also claims that there is a serious lack of resources available to allow wider distribution of PR materials to libraries at major educational facilities abroad, more promotion through worldwide media and more employees in the government’s image-making branch (As of January 2006 only two officials, who are responsible for practical affairs within the commission, work in the branch).
An anonymous official within the commission’s international promotion department explains that much of the budget for overseas publicity is spent on producing a 6-minute promotional DVD about Korea and the rest is used to run advertisements on overseas broadcasters that are put out two or three times a year.
The government has shown a significant commitment to do better.
Many see the Dynamic Korea slogan as an ideal way to capture the country’s vibrant image as one of world’s fastest-growing economies.

“A lot of my foreign friends in Korea tell me that they go to bed wondering what will happen overnight and what new things they’ll wake up to in the morning,” says Choi Jeong-hwa, the director of the Corea Image Communication Institute. “In that sense, they find the slogan fits Korea perfectly.”
The commission has also devoted considerable effort to correcting factual errors concerning the national image of Korea in school textbooks, encyclopedias and media sources outside of Korea. The Korean government is also responsible for funding the Korea Foundation, which offers fellowships, publishes books on Korean culture and history and sets up Korean galleries at major museums, most recently at the Smithsonian National Museum of Natural History in Washington D.C.
However, since the commission drafted its master plan in 2005 it has not produced a follow up report.
Many experts explain that approaches taken by Korea to deliver an authentic image of the nation have lacked specific targets, while many government bodies think of the phrase “national image” in terms of international prestige rather than deliverable results, such as increased numbers of tourists.
“Their ideas are muddled,” says Han Seung-soo, a researcher at the National Brand Economic Research Institute, a facility run by the Sungkyunkwan University. “There’s a major flaw in the system, because many officials within the government or at Korean cultural centers lack a mature understanding of marketing strategies that can communicate to audiences in their target regions.”
There is also a linguistic barrier to promoting Korea as a national brand, exemplified by the use of awkward English expressions such as “Korea, Sparkling,” the latest slogan produced by the Korea National Tourist Organization or “Hi Seoul” which is used by Seoul metropolitan government ― both fail to communicate the essence of the country’s identity.
But that may just be the point.
“The idea behind ‘Korea, Sparking’ was to provoke people’s interest in the the undiscovered treasures of Korea,” says Lee ga-young, an official at the brand advertisement section of the Korea National Tourism Organization.
From a broader perspective, many experts say that the country is still in the early phases of effective self-promotion, unlike China or Japan who began to spread their image to the West decades ago.

Images and stereotypes are not formed or dissolved overnight. In Korea, for example, it took years to eradicate the stereotypes that England is always foggy and wet.
Dr. Ian Simm, the director of British Council Korea, thinks that the Korean government needs to take a more honest approach to stop people seeing its efforts to promote Korea as a form of propaganda.
“The temptation is to shout too loudly in the hope that you will be heard must be avoided,” he says. “It takes a long time to have an impact. Showing that Korea has a lot of good ideas but is also prepared to learn from other traditions and cultures will do more to convince people.”
Analysts predict that the value of Korean products would rise by up to 10 percent if the standing of the national brand could be enhanced.
As a long term goal, the trade promotion agency recently introduced their “Premium Korea” strategy which is aimed at maximizing the prestigious image of Korean brands by carefully selecting and concentrating on strong industries and promoting their value overseas.
But to produce lasting changes in the country’s reputation, critics say everybody should work to create a balanced image for Korea.
“Spreading one’s culture must be based on a consistent effort to trigger genuine curiosity,” says Choi of the Corea Image Institute. “There is always a limit to artificial dissemination. Korea should keep that in mind.”