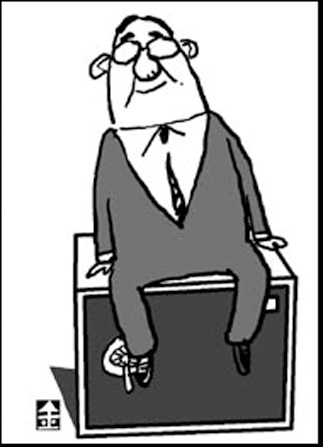 The Gyeongju Choi family is one of the richest in Korea’s modern history. The family has preserved the six ways to become rich, along with the ten codes of conduct. These family precepts are a profound philosophy. The codes of conduct say accumulate wealth, but do not have more than 10,000 sacks of rice; treat visitors generously, regardless of their social standing; do not buy rice paddies in years of poor harvest; dress a new daughter-in-law in humble cotton clothes and make sure that nobody within a 40-kilometer radius starves to death. This code of conduct shows the virtue of frugality and sharing.
In the past, when cash was a common medium for transactions in banks, bankers could tell if somebody was rich.
They could see from the way people counted their money after making a withdrawal. If a person counted the coins as soon as he opened an envelope full of money, that person was very likely a rich person, even though he may be wearing shabby clothes.
Meanwhile, if a person started by counting the bills, that person was probably having a hard time financially.
Recently, an article in the Wall Street Journal also said that living frugally is the first step to becoming rich.
In Choe In-ho’s novel, Im Sang-ok, a wealthy merchant from the Joseon Dynasty, said that wealth runs like water. But in reality, cash does not flow like water. While there are ads that scream, “Become rich!” and there are crazes about easy ways to make a billion won, ordinary people who do not own their own homes feel poorer and more deprived.
In 2004, a civic organization staged a shamanist event for poor people in front of a complex of high-rise apartment buildings. Residents in affluent areas often do not have nameplates on their doors. That shows the paranoia of rich people.
A research group to study wealthy people is to be formed. There has been no other research group of this kind. In Korea, the number of rich people has surged over a short period, unlike in most other countries. Social friction has been created in the process.
Wealthy people in Korea need to change their behavior as well. Individual donations to charity are mediocre, compared to other advanced countries.
The research group will be an inclusive gathering and will gather experts in management, economics, psychology, history, social studies, law, religion, Korean literature and medicine. Francis Bacon said money is the best servant but the worst master. It is important that we establish a clear philosophy about wealth.