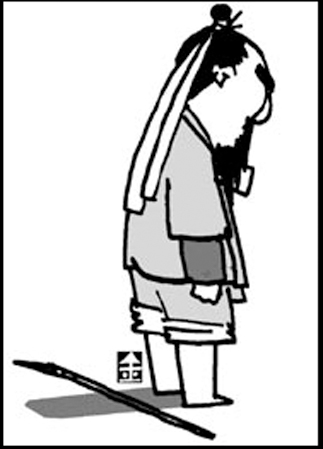 The term wanbyuk, or perfection in English, came from the Zhao Dynasty in the Warring States Period of China. A respected politician, Lin Xiangru, returned the Jade of He, a renowned treasure at that time, intact to Zhao despite pressures and enticement from the state of Qin.
The problem began afterward, as Lin Xiangru was promoted from obscurity to a minister-level position. General Lian Po, a military hero under Zhao, became angry because Lin had risen to a higher position than him. The general felt that his country was disregarding his service.
As a man who loved to fight, Lian Po was determined to take every opportunity to humiliate Lin Xiangru. Lin keenly noticed this. Thus he tried not to face the old general, if possible, in most cases. He’d even hide in a corner when he saw the general on his way to the court.
Lin Xiangru’s coterie complained that he shouldn’t act weaker before the general, whose rank was lower. But Lin had a clear vision: If he and General Lian Po fought for recognition, it would put the state, already in danger, at greater risk.
The general later became aware of the young minister’s thoughtfulness. He was deeply moved by the restraint Lin showed, keeping in mind the bigger picture. The general strapped brambles to his bare back and asked Lin Xiangru for forgiveness. He wanted to be punished for narrow-mindedly pursuing his own feelings.
A saying that a man seeks forgiveness with brambles on his back came from this anecdote, which appears in “Records of the Grand Historian” written by Sima Qian.
It might be a mediocre story, but it shows the ups and downs of one’s career, along with the emotional roller coasters in resolving those troubles. The little twist in the end that the jealous man asked for forgiveness with self-flagellation demonstrates the critical importance of sincere self-reflection and apologies.
We are relieved the hostage crisis has been resolved.
But now is time for a thorough self-reflection of the responsible members of the Protestant church who drove these religious people to this brutal place, instead of blaming the Taliban.
Yet discord occurred when the hostages arrived.
Rev. Park Eun-jo of Saemmul Church made some inappropriate remarks and the mother of one of the hostages made a controversial religious testimonial.
To prevent any religious tension, the Protestant churches of Korea should prostrate themselves and bear brambles on their backs.