A small island rises from a river of jazz

A small island rises from a river of jazz 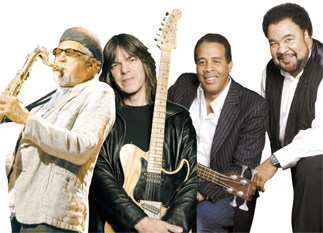 It sounded like nonsense to some when it was announced in 2004 that an international jazz festival would be held on a remote island in the Han River. It’s an unlikely venue as the island chosen disappears underwater during the monsoon. As a result of its annual submersion, Jara Island is flat as a pancake.
Against all odds, the Jarasum International Jazz Festival is now in its fourth year and will take place this year from Wednesday until Saturday. Over the years, with world-class jazz musicians like Victor Wooten Band and Stefano Bollani Trio, it has became one of the biggest and best Korean jazz festivals.
“We’ve made great efforts to make it even better this year,” said In Jae-jin, the festival’s artistic director. “We have diversified music genres to meet the ever-growing tastes of the Korean jazz audience. The festival will include R&B, soul, hip-hop, and even electronica to balance the festival out and provide some mass appeal.”
The festival has a Jazz Stage, Party Stage and Music Island. “For the Jazz Stage, the highlight of the festival, we have a lineup of world-class musicians.”
On Friday, the Giovanni Mirabassi Trio will be the first to perform on the Jazz Stage, followed by Kurt Elling and the Charles Lloyd Trio. Giovanni Mirabassi, a jazz pianist born in Italy, released a solo album “Avantil” in 2001 and it became a big hit. He is popular in Korea and Japan as well as in Europe. The Charles Lloyd Trio is famous for its albums “Forest Flower” and “The Flowering” from the 1960s.
On Saturday , the Jazz Stage will feature Ryota Komatsu & The Tanguists and Stanley Clark & George Duke. Ryota Komatsu has played the bandoneon, an accordion-like instrument, since he was 14. With his bandoneon sounds, he is now Asian leading exponent of tango.
On Sunday, Stacey Kent and the Mike Stern Special Project will take the stage with American-born vocalist Stacey Kent, who is popular in England.
The Midnight Party Stage will start at 9 p.m. on Friday and Saturday and will offer various genres of music.
Many big name K-pop stars will make special appearances, including Drunken Tiger and T-Yoon Mi Rae on Friday and MC Sniper and Hyun Jin Young on Saturday. Most of them are hip-hop musicians. 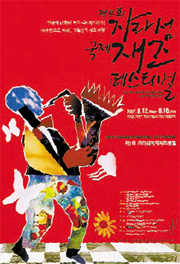 “Since we have expanded the scale quite a bit, we are beginning to concentrate more on quality,” In said. “And this year we will operate a Jazz Train from Sinchon to Gapyeong via Cheongnyangri on Saturday. Reservations for the train can be made through the Web site. Passengers on the train will be able to listen to previews of the music that will be played at the festival.”