Sounds from all corners of the globe heard in Seoul

Sounds from all corners of the globe heard in Seoul

Group Los Andes has musicians from Korea and Ecuador.Provided by the organizer

World music tries to have no cultural barriers ― it is a movement of sound designed to reach the souls of people everywhere. For those cynics who doubt this there is the One World Music Festival.
Nineteen world-class musicians from 12 different countries including Brazil, Cuba, Senegal, Norway and Korea will gather to perform this month through October at various venues in Seoul and Icheon, Gyeonggi.
“We invited familiar world musicians,” said Jay Chang, the International Department manager of the festival. “Koreans mostly prefer world musicians from Cuba and Brazil.”
Performers will showcase popular and fusion music. For example, Senegalese musician Ismael Lo, well known for his single “Tajabone” (featured in Pedro Almodovar’s film “All About My Mother”) will perform on Oct. 7.
Chang said that Lo’s soft guitar melodies and traditional Tahiti repertories would move the public to embrace world music.
Afro Celt Sound System, a group of musicians from Senegal, Ireland and England, will also participate. The band mixes dance rhythms including trip-hop and techno using traditional African and Celtic instruments. Afro Celt contributed to the soundtracks of “Hotel Rwanda” and “Stigmata” and they have been nominated for two Grammy awards.
Other musicians attending include: Jorge Aragao from Brazil, Los Van Van from Cuba, Teofilo Chantre from Cape Verde, Susanne Lundeng from Norway and the Yangon Quartet from Myanmar . 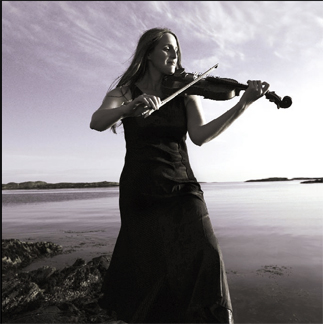 The revenue from ticket sales will be donated to charities. Hahn Dae-soo, a Korean singer-songwriter and chairman of the organizing committee, noted on the festival’s Web site that “we have to build bridges between different cultures. The festival hopes to break down racial and religious barriers.”

The festival is presented by the Arts Council of Korea and will take place between now and October in various venues including Seolbong Park, Icheon, KBS Hall, Yeouido and EBS Space Hall. The main performances will take place from Oct. 5 to 7 in Icheon. Tickets for each show are 10,000 won for adults ($11) and 5,000 for students under 18. For more information, call (02) 744-1828 or visit www.oneworld.or.kr.