Walking a fine line between impostor and impersonator

Walking a fine line between impostor and impersonator 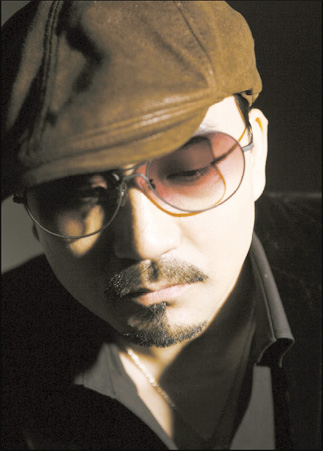 There are a number of singers who parody popular Korean old-time singers. Bae Chil-soo is considered the most successful imitation entertainer in the industry. Bae gained his popularity for his parody of old-time singer Bae Chul-soo.
Celebrity impersonations are a postmodern cultural phenomenon. They create something new by copying the original and adding a new twist. Impersonators can be seen worldwide.
Imitations of popular American celebrities such as Elvis Presley, Marilyn Monroe and James Dean have a long history, including competitions during which the best look-alike is crowned the winner.
Impersonation shows the high value of the original celebrity. However, this light and fun hobby has taken a serious turn.
Last week, Korean pop singer Park Sang-min drew media attention for filing a lawsuit against his imitator Park Seong-min. The parody singer ended up indicted without arrest.
Park Sang-min has sued his imitator for appearing as the original singer since 2005. This marks the first time any singer has filed a lawsuit against his imitator. The look-alike Park has been putting on his act since 2003. The nightclubs that hired the fake Park as the original singer himself also introduced Park Seong-min as the actual Park Sang-min to the audience. The fake Park lip-synched to recordings by the original singer.
The prosecutor’s office charged Park Sang-min and his manager with unfair competition. The charges brought an immediate response from impersonators across the country. They argued that the charge did not acknowledge the existence of imitation celebrities such as themselves. The look-alikes even protested publicly against the prosecutor’s indictment.
However, Park Sang-min argues this issue is completely different from ordinary cases of impersonators. Park Sang-min said that he had nearly developed a fear of meeting fans in public because so many asked him whether he was the real Park Sang-min or his impersonator.
Some criticized Park Sang-min’s lawsuit as too harsh and oppressive against a weaker person in society. In response, Park Sang-min argued, “A singer who has gained profit by completely impersonating another singer is no longer an imitation singer.”
Bae Chil-soo also stated during a recent television appearance that Park Seong-min was different from most celebrity imitators. “Acting as another person or impersonating their voice is a new creation. But one should not infringe on the role of the original person. If I imitate the voice of Bae Chul-soo and do a voice commercial, people won’t know the difference. That’s something I still won’t do,” he said.
Bae Chil-soo argues that although he started off as an impersonator, he has gained a name for himself through his own work and talent, not by stealing another person’s identity. His ability to imitate the voice of former presidents, politicians and prominent figures coupled with his witty, humor has made him popular.
Nobody in today’s entertainment industry thinks of him just as an impersonator of a Korean singer. Now people want to imitate him.