How is the bull?

How is the bull? 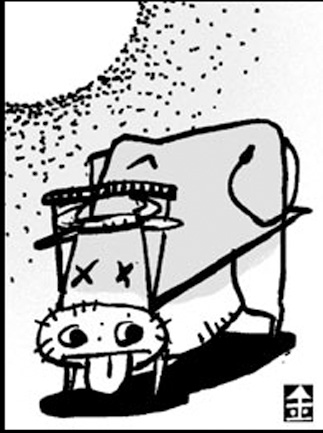 Bing Ji, a famed Han Dynasty figure, was known for being tolerant of others and not boasting of his achievements. He scaled the ladder of the bureaucracy from the bottom, tending the palace jades, to the top position of prime minister. He was a man whose thoughts were deep and prudent.
One spring day, Bing Ji, then already in a superior government position, was traveling on the road. He first came across people who were fighting one another and blocking the path. But Bing Ji did not show any interest. Seeing some people bleeding and others dead, the prime minister said nothing.
Bing Ji soon went on his way. He then came across a man being pulled by a bull. The bull was breathing heavily, showing its tongue with every breath. Bing Ji stopped his wagon and asked how many miles the man had come by ox cart.
Bing Ji’s footman was puzzled. The prime minster did not react to the people killed in a fight. Why did he now show interest in a tired bull?
The prime minister did not mind explaining. “It is up to the local head of government to take care of people hurt in a dispute, not the prime minister,” Bing Ji said. “However, the weather is getting very hot even though it is only spring. There must be something wrong with the weather if a bull is panting like that even though it did not walk far. That is related to the economy of the state, and that affects the whole nation. As a prime minister I am concerned with national matters.”
Between a human dispute and the change of weather, Bing Ji’s choice as a statesman was clear. He distinguished between serious and casual affairs, and between those which can wait and those that cannot. The anecdote, titled “Bing Ji Asks the Condition of a Bull” in the Book of Han, highlights discretion in politics.
One is bound to ask, then, whether President Roh Moo-hyun knows his role as wisely as Bing Ji did.
President Roh did not fully investigate the bribery scandal of his staff, although he should have, and made a belated apology when a staff member’s wrongs were finally disclosed. Meanwhile, although North Korea’s nuclear weapons are a direct threat to South Korea, the president decided that discussing the issue with Kim Jong-il at the summit is the equivalent of picking a fight with Kim. That is, Roh is not going to inquire into what he should. The U.S. president far across the Pacific is talking about the importance of deactivating the nuclear facilities in North Korea instead. The level of political wisdom in the Blue House is far below that practiced by the wise Bing Ji 2,000 years ago.