Stake in the future

Stake in the future 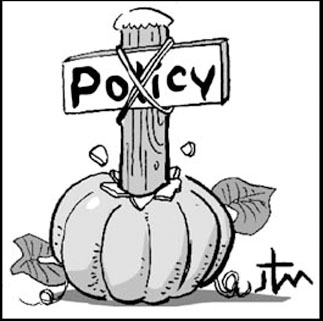 When video tape recorders came on the market for the first time, home appliance companies around the world competed fiercely with the VHS and Beta formats. After a while, the competition ended.
Even though the quality of the two were more or less the same (Beta was actually thought to be a little better), VHS won with ease because it came into the market slightly earlier than the other and thus became the standard.
Who dominates the market first defines the destinies of companies.
If the state of dominating the market by entering the market first lasts too long, the dominance becomes a monopoly.
Monopolies harm society in many ways so they are strictly prohibited in most countries. Some ban monopolies entirely and even break them up arbitrarily.
But a company that has dominated the market wants to keep that state for as long as possible. Such companies work to prevent potential rivals from entering the market in order to enjoy long-term profits.
When American pioneers expanded their frontiers, the government granted land to those who marked their territory by driving stakes into the ground.
Pioneers were given stakes with their identification and they rode around on horses and drove them into the ground. The site where they did so became their property. Pioneers ran to find the best land. Stakes guaranteed them exclusive ownership of the land. Once someone possesses land, nobody can change the ownership unless the owner gives it up voluntarily.
Last week, President Roh Moo-hyun attended a ground-breaking ceremony for the Jeju administrative city. He said that he wanted to turn a shovel of earth and drive a stake for the project while he was still in office. To do so would make his policy for balanced development successful, he said.
He publicly drove in the stake for the sake of his policy. This means he will dominate the balanced development policy and keep the next government from changing or canceling it.
But about driving a stake, President Roh is mistaken.
American pioneers had no term-limits but a president does. Troops can drive stakes and keep working, but a president cannot drive a stake and prolong his term.
The president has exclusive power over policies, so he can choose certain policies and implement them.
But he has no right to dominate the policies after his term, unless he is so greedy that he wants to drive a stake in someone else’s territory.