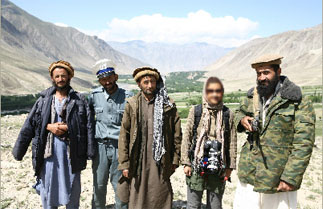 Jean Chung, second from right, in Shohada district with an Afghan police escort in September 2007. By Jean Chung/WPN