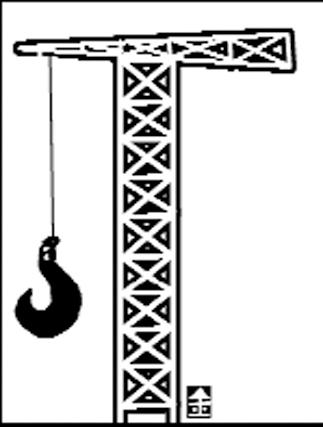 The word “skyscraper” appeared for the first time in the 1880s. The Home Insurance Building, constructed with a steel frame, was built in Chicago, Illinois in 1885 and the building is considered by many as the first skyscraper in the world. It had 10 floors and was 60 meters in height. Looking at the building, Richard Daley, then mayor of Chicago, said that he felt like he was having an advance look at the next century.
The world’s tallest building is now the Taipei 101 in Taiwan. The 101-story building is 509 meters tall. The ten tallest buildings in the world were all built in the second half of the 1990s, except for the Empire State Building in New York, the ninth tallest, which was completed in 1931.
For the past 10 years, there has been a boom in super-tall skyscrapers, particularly in Asia. The Burj Dubai, which will be higher than 800 meters, and the Russia Tower, 649 meters, are under construction. On completion, they will create new records.
Skyscrapers are landmarks that symbolize development and growth. Just as a penthouse is a symbol of wealth, skyscrapers which enable people to look down from on high symbolize people’s desire to confirm their dominance, control and superiority.
Of course, the owners of skyscrapers also want to make biggest profits from a given site.
Skyscrapers also have their critics. They blame skyscrapers for causing traffic jams, damage to the environment, wasted energy and security issues. There is also an economic theory involving skyscrapers. The theory goes that when skyscrapers start to be built an economy is usually booming, but when the construction is completed depression usually sets in.
In Korea, there are as many as five skyscrapers with 100 floors or more under construction, all of which will be in the top 10 of the world’s largest buildings. Some are concerned about this.
It is not only architects that seek extraordinary vertical heights. These days, being tall seems to be a characteristic everybody wants. Among young Korean youths, the best compliment one can give is to say somebody is “unusually tall.” Some argue that sickly thin models should be put out of business. But, in reality, many wish to have an unrealistically tall and slender body. The craze for skyscrapers reminds us of the people in the ancient city of Babylonia who built a tower to reach heaven and were destroyed for their arrogance. That was an extreme example, but in our daily lives the obsession with height seems to be reaching to the sky.