Women look for a new way to be free

Women look for a new way to be free 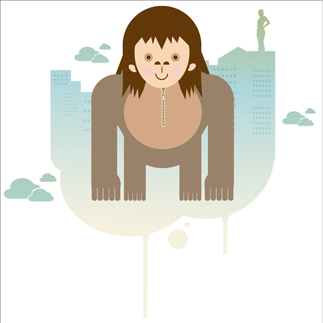 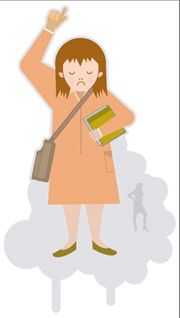 Professor Cho Hai-jeong, author of “Men and Women in Korea” stated in an interview, “Trendy, media-driven titles for women like alpha girls, King Kong girls, gold miss and so on, create social hostility toward the opposite sex. The essence of the problem is the social and legal system that discriminates against women, but books with these titles only turn the problem between men and women into a time-consuming emotional fight.”
In fact, essays and self-help books for women in their 20s and 30s are pouring out like never before.
“Before this decade, feminist books were like textbooks, very stiff and analytical,” Noh says. “However, with the success of books like ‘Everything about a Woman’s Life can be Changed in Her 20s” [2004], the trend shifted and coffee-table style books that are easy and fun to read became the trend.”
“These easy ‘limiting-my-losses’ type of book are now hugely popular,” says Jeong Ku-yeong, an editor and book reviewer at the men’s magazine Luel. “The theory is simple ― people get quick motivation from these books without reading page after page of history and philosophy. Everything is simplified in black and white and people buy into that.”
Nevertheless, for Jeong, the idea of a King Kong Girl and the thought that there are other women like her in the world seems to have been a consolation.
“As hard as it is, [after reading the book]I decided to embrace the dichotomy inside myself and not reduce myself to a stereotype. Of course I’m still looking for love, but now I want someone for the whole of me, not just the part with the soft laugh and innocent allure but also the girl who loves a good time with wine and sometimes falls off her chair.”

“These days, there is lots of fiction written by female authors but even in those books it is difficult to find a female protagonist who doesn’t possess a mysterious sensuality, who doesn’t meet the prerequisites required to attract a man. In these books, the woman falls easily or quickly in love, sleeps with the guy after two chapters of courtship and is immensely satisfied by one paragraph of sex.” From “King Kong Girls” by Virginie Despentes.

“I do not try to seduce a man. I have always thought I was ugly but I have also always thought that being luminous and beautiful is not just for the physically beautiful.
I think knowing that I am unattractive has helped me gain perspective in some way, in that I like desiring something or someone, instead of being the object of desire.”
From “King Kong Girls” by Virginie Despentes. 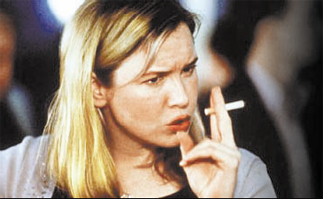 For many Korean women the fictional character Bridget Jones is an archetypal King Kong girl. The highly popular figure from Helen Fielding’s best-selling semi-autobiographical novel “Bridget Jones’s Diary,” which has spawned two hit movies, features a clumsy, overweight, 30-something nicotine-addict seeking true love with a man who loves her “just the way she is.” Jones doesn’t loose a pound or take public speaking classes to snag him. Instead, after a string of failed diets and mournful diary entries she begins to accept herself, cellulite and all. 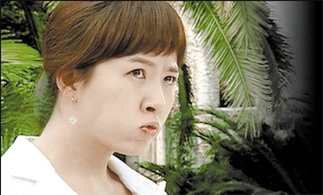 
The character of Kim Sam-soon played by actress Kim Sun-a in the 2005 MBC drama “My Name is Kim Sam-soon,” stirred the hearts of Korean women in their 20s and 30s all over Korea. Kim is a pastry chef, outspoken and overweight but also independent and honest. After much trial and error, the drama ends with Kim finding a younger man who chooses Kim over his younger ex-girlfriend, Yu Hee-jin, who possesses more traditional feminine qualities. Korean women saw the drama as a vindication of their new independent stance.