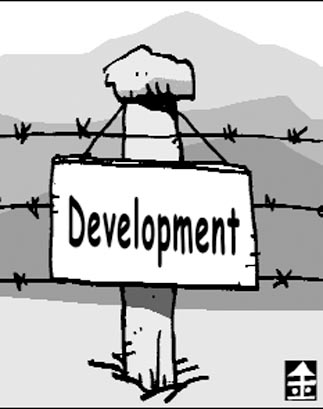 In July of 1998, former U.S. President Bill Clinton went on a so-called Poverty Tour. The goal was to revive the economy in impoverished areas, such as the Kentucky highlands and the banks of the Mississippi River.
Right after his return, President Clinton presented measures to offer support to those areas, such as building houses and aiding economic development in the state of Kentucky and providing subsidies to the St. Louis area. The measures showed the central government would not spare support from economically impoverished areas.
Clinton’s measures are similar to President Roh Moo-hyun’s policy for balanced development across the country.
The Korean president treasures this policy dearly.
The administration’s policy is about building houses and building special zones, business cities and innovation cities. That doesn’t seem much different from the American measure of some 10 years ago.
Back then, economists immediately attacked Clinton’s arbitrary measure to support poor areas.
One of them was Edward Glaeser, an economist at Harvard University. He pointed out that Clinton’s remedy for poverty violated the most important economic principle: A poverty measure must be about people.
Instead, Clinton’s was about areas. The economist warned that a policy targeting areas would inevitably fail. He cited as an example a similar measure set forth in the 1960s by former President Lyndon Johnson which failed in the end.
If the government pours money into an area which has little chance of becoming economically self-sufficient, the area’s development will depend on government subsidies. That is one of the reasons why development measures focusing on areas tend to fail.
Many of the industrial complexes and airports that the government has built are now scarcely visited or used, turning them into a burden. Another reason is that the benefits of the government development projects do not go to poor people in the area, but rather to the real estate owners there. In the places in Korea designated as business cities or innovation cities, the prices of land surged even before the development projects started.
Clinton’s policy to revive impoverished areas disappeared when the administration changed. The destiny of the incumbent Korean administration’s policy for balanced development is also unknown. However, it is regrettable that the president chose a measure that has proven to be a failure several times before.