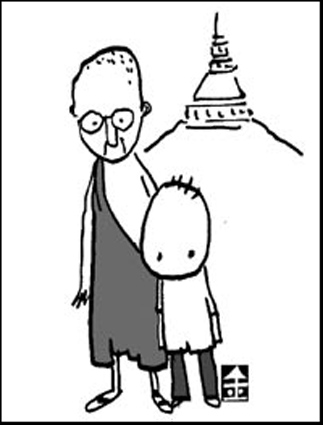 Myanmar, formerly Burma, has many similarities with North Korea. The two countries have adopted closure and independence as a policy for the past 60 years since their liberation from colonial rule. While the Myanmar junta claims to follow Burmese socialism, Pyongyang argues that it lives “our way” and “survives on our own.”
Ne Win, who took over the Burmese government through a military coup d’etat in 1962, visited Pyongyang in 1977 and received a heartfelt welcome from Kim Il Sung. Kim also visited Yangon, the capital city of Burma, during a trip in 1965. Kim and Ne Win sympathized with one another because they both fought for independence against Japanese colonial rule. Yet after the Oct. 9, 1983 Aung San mausoleum terror bombing by North Korea, which was designed to kill then-South Korean President Chun Doo Hwan, Ne Win severed official ties with North Korea and expelled its diplomats. That was 24 years ago.
Nevertheless the two countries have followed a similar path. In 1988, Ne Win staged another coup with his guards and extended the military regime. That was the same time Kim Jong-il appeared on the political stage.
Also comparable is that both countries are under economic sanctions from Western countries, including the United States and Europe: Myanmar because of its suppression of democracy and human rights and North Korea for developing nuclear weapons and missiles.
Credit cards, such as Visa or MasterCard, do not work in Myanmar. Even in a four-star hotel, you have to pay by cash. The official exchange rate of the kyat, Myanmar’s currency, is 6.8 kyat to 1 dollar. However, in the black market 1 dollar is worth more than 1,000 kyat.
Until the early 1970s, Myanmar was called the “rice larder of Asia” and the “golden land.” However, it is now one of the least-developed countries in Asia, with a per capita GNP below $200. According to the World Food Program, one in three children is malnourished in Burma.
I stayed in Yangon for four days exactly four years ago: starkly dark streets at night, TV news glorifying their leaders from beginning to end, expressionless faces of people weathered by poverty and fear. I felt as if I were in a city in North Korea.
In that Yangon, demonstrations for democracy are going on at present. The direct cause of the movement was the soaring inflation in the prices of rice and oil. Yet the junta does not hesitate to resort to violent means in order to suppress the demand for democracy.
It appears to be a repeat of the democracy movement of Aug. 8, 1988. Is the spring of Yangon still far away?

The writer is a political news editor of the JoongAng Ilbo.