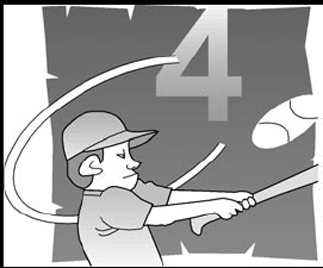 In many ways the Yomiuri Giants, the Japanese baseball team on which Lee Seung-yeop plays, has no rivals. First of all, it is the team with the longest history in Japanese professional baseball. It celebrates its 73th anniversary this year. As it hopes to rise in the rankings, it is the only team in Japan that calls itself “The Gun,’ meaning troops.” In 1975, when the team was at the bottom of the league, many devoted fans marched with placards hoping for a team victory. It is also famous for its strict rules. Shoriki Matsutaro, the founder of the team and a former president of Yomiuri Shimbun, said in his will that, “The Giants should always be gentlemen.” That is why the players wear suits and ties for their public appearances and cannot have beards.
Most of all, the players have a great fondness for the player who hits fourth. If a player is ever named to that position, he is entered in the record books as, “The nth Giants fourth hitter” and officially announced as such. That is why becoming the fourth hitter of the Yomiuri Giants is the dream of all Japanese baseball players.
However, there are no fixed rules in the batting order when it comes to America’s Major League Baseball. They create their batting order according to the players available. The fourth hitter is nothing special. In many cases, the third hitter is the main hitter. Hideki Matsui moved to the New York Yankees in 2003 and in 2004 became the fourth hitter. The Japanese press made it big news, reporting it everywhere quoting, “Matsui ― No. 4!” The American people couldn’t understand what the fuss was about.
In Japan, especially at Yomiuri, being the fourth hitter is an honor and a burden. The fans and their colleagues keep them under constant scrutiny. A fourth hitter needs the ability and mental strength to survive. Among the 72 fourth hitters in Yomiuri history, Nagashima Shigeo, who played in 1,460 games, and Sadaharu Oh, with 1,231 games, held the spot for the longest periods. But 33 players, almost half the total, vacated the fourth spot before they had played10 games. Thirteen of them left after playing just four games. It is praisworthy that Lee Seung-yeop, the 70th Giants’ fourth hitter, who did not perform well in 2006, returned this year as fourth hitter and contributed greatly to the team’s dramatic victories.
The worlds of baseball and politics are different, but let’s hope that the 17th president of Korea, who will be elected in December, has the ability and mental strength of a Giants’ fourth hitter. He could be troublesome, however if he is only interested in hitting flashy home runs.