This time the wind wins

This time the wind wins 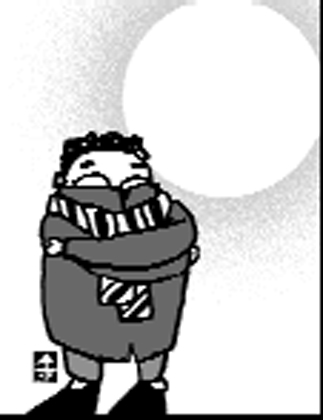 “The Wind and the Sun” is one of Aesop’s fables. The story starts with a bet between the Wind and the Sun. They are in the middle of disputing each other’s strength. Then they see a traveler coming down the road and decide whoever could make the traveler take off his cloak was the strongest.
The Sun was victorious. The lesson of this fable is that a warm embrace is more effective than pushing somebody hard when you want him to do something.
But the lesson of this fable doesn’t seem to always work in reality. The world of fables is simple, whereas reality is complicated and there are many factors to take into account.
The Sunshine Policy, the modern version of the fable, is producing unexpected results because the government has applied its simple concept to an unreasonable extent. The situation is developing in a different direction than it did in Aesop.
In the fable, the conditions that the traveler experienced before the bet are unknown. The traveler had his cloak on, so it was probably autumn or winter. But it is uncertain whether it was very cold or slightly chilly.
When the Sunshine Policy started, North Korea was going through very cold weather. The North is probably feeling less chilled now but it’s probably not hot enough to remove its cloak.
In the fable, the traveler is not aware that he is the object of a game and he simply responds to the Wind and the Sun. Meanwhile, as for the Sunshine Policy, North Korea plays the role of the traveler and is well aware of the game and even guides its development. This modern traveler sees through the intentions of the Sun, threatens it and complains about the intensity and conditions of the sunlight.
The traveler taking off his cloak translates into North Korea opening its doors and embarking on reforms.
But in reality, this traveler seems to have no plans to remove his cloak.
It demands that the Sun stop trying to make it disrobe and instead demands that it shine at the proper angle.
When President Roh Moo-hyun was on his way home after wrapping up the summit meeting, he visited the Kaesong Industrial Complex. There he said that its up to North Korea to decide when to reform and open its doors and it’s South Korea’s job to remove obstacles in its path.
He made the remark after Kim Jong-il had expressed his uneasiness about South Korea’s desire for the North to reform.
It seems that the old fable may need to be rewritten with the Wind in the winning role.