Masters of film in Pusan

Masters of film in Pusan 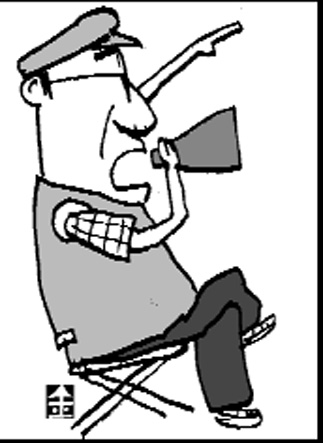 The 12th Pusan International Film Festival finished on Oct. 12. The festival boasted its largest audience, adding to its reputation as the biggest film festival in Asia.
It also demonstrated, however, that problems remain in administration and organization, establishing protocol for guests and interpretion for overseas attendants. Even though the festival has grown in size and prestige, it still relies heavily on temporary workers and volunteers. Enrico Moriccone, the Italian guru of film scores, showed dissatisfaction with proceedings at the opening ceremony and director Peter Greenaway had to tolerate one interpreter who was replaced in the middle of his press interview. Those are relatively minor issues, but they need to be fixed.
The festival featured a program called “Master Class” that provided an opportunity to listen to world-class directors in person. They were workshops similar to the “Berlinale Talent Campus” at the Berlin Film Festival, where director Park Chan-wook was once invited as a lecturer. Tickets for every class were sold out to an appreciative audience.
Greenaway, renowned for his experiments with cinematic forms, was invited to a master class, where he declared the demise of traditional film. He said that in an age where anyone can make an audiovisual product with digital technology and watch film on a cell phone, filmmakers who stick to the anachronistic formats are dead. He also said most of the movies at Pusan were rubbish, and that the future of film is in a laptop, where users can forge a one-to-one relationship with a producer. His conclusion was that movie directors of the 21st century have to be the navigator of digital media based on mutual relationships.
In another master class, French director Claude Lelouch praised classical art films. Lelouch said movies are a medicine, or a vitamin that makes people love life. He reminisced that he decided to become a director because the medicine prescribed by others did not work well with him although he had watched more than 20,000 films.
“Films are my real parents since I learned everything about life from them,” Lelouch said. “My 41 works are all that I have experienced and reflect the reality I faced.
So one director declared the demise of cinema while another praised it. Either way, they make movies with ideas beyond technology and commercial intentions. Those are the reasons that they are called masters. Korean films will develop tremendously when such maestros who inspire others are listened to. Pusan did well in having them.