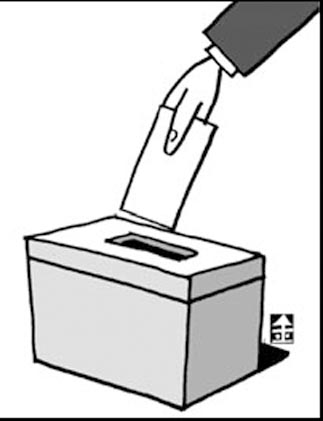 Game theory is a popular subject in academia.
The prisoner’s dilemma, formulated by mathematician Albert Tucker, who lived from 1905 to 1995, is one of the classic models of game theory. Two suspects in the same crime are given a deal on sentencing options, depending on whether they cooperate or betray the other. If both prisoners cooperate with each other and choose not to testify against the other, they will each be sentenced to one year in jail. If both of them betray each other and testify, they will each serve five years in jail. However, if only one of them testifies, the betrayer will go free but the one who cooperates will serve 20 years in jail. According to research, the more the prisoners act in their own best interests, the more likely they are to choose betrayal as an option.
Game theory is employed in a wide range of areas, including economy, business management, politics, military security and even marriage. If we apply the theory to the previous two elections involving Korean presidential candidates, the dominant strategy in both cases was “betrayal” for both players. In 1997, the coalition of Kim Dae-jung and Kim Jong-pil won the presidential election, but D.J. soon abandoned his agreement to introduce a parliamentary system.
The year 2002 also saw the promise to establish a coalition government canceled as Chung Mong-joon withdrew his support for Roh Moo-hyun on the eve of the election.
The candidates from the liberal group are also talking about unifying, but the conditions would be very difficult.
Suppose each presidential hopeful presses the other candidates to yield to him, the situation could change to that of a game of chicken, in which the weak are told to surrender. Moreover, if there is still uncertainty about winning the election even if all of the candidates cooperate, each may choose to stay in the race with an eye on next year’s National Assembly election.
The problem is that any choice is likely to fail to satisfy all of the supporters of each candidate who join in a unification. The option for mutual betrayal still remains.
What if we approach the unification card in view of satisfying the voters? The 37 million voters will vote for the candidate they think is most qualified for the presidency, putting their anticipation and hope in the vote.
However, one must wonder how satisfied Chung Mong-joon supporters who voted for Roh Moo-hyun in the 2002 presidential election are now. Politics become much more difficult in terms of the rights of customers in political markets.