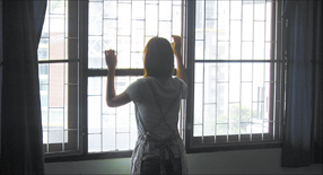 A scene from “Traffic,” a documentary produced by MTV to raise awareness of human trafficking. Provided by MTV

Glitzy and flashy are the words to describe MTV’s signature style of entertainment with its risque dance moves and gaudy graphics.
However, the global music channel is now poised to offer something new to its young viewers in Korea ― this Saturday it will air “Traffic,” a documentary on the issue of human trafficking, as part of a project called EXIT, or End Exploitation and Trafficking.
There will be no Britney Spears. This intense 30-minute documentary nails down the grim realities of human trafficking based on the stories of four victims, including Eka, who was trafficked from her Indonesian home and forced into domestic servitude in Singapore; and Min Aung, who was confined in a Thai factory for two years after being trafficked from Myanmar. In a bid to give the documentary an MTV touch, the producers invited global stars to host the show and do voiceovers.
The stars participated for free, said MTV’s Campaign Director Simon Goff. Jung Ji-hoon, AKA Rain, hosted the Korean version, which is set to air this Saturday at 10:20 p.m., followed by reruns on Monday at 9:20 p.m. and Wednesday at 5:30 p.m. Rain filmed his part last July in Berlin while shooting the Wachowski Brothers’ film, “Speed Racer.”
“After watching the documentary Rain said he could not believe that such trafficking still takes place,” said Andrew Choi, the producer for MTV Korea, who said that he was moved to see Rain talk with “emotions welling up from the depths of his heart.”
This star element is indeed what gives this documentary an MTV style, Goff noted, during his promotional visit to Seoul last week. Using different stars from different regions was also a “culturally conscious” part of the project, Goff said.
“We have channels worldwide, but we cannot be Starbucks or McDonald’s and have the same taste everywhere,” Goff said. Localizing the documentary by using Angelina Jolie for the European version, for example, was a “major challenge” that he enjoyed, he said. 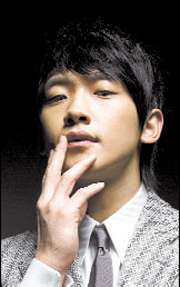 Goff himself is well aware that the documentary may not look like a signature MTV show, but the music channel has often taken an interest in social issues, including its past campaign on HIV.
“After seeing human trafficking victims firsthand, we thought that something should be done,” he said.
Goff expects the show to raise awareness among MTV’s young viewers, who are apt to think that human trafficking happens in another world.
He noted that human trafficking is a serious issue with many deceitful aspects.
For example, a trafficker might lure a woman into a longtime relationship, and after the woman trusts him, he would traffic her.
MTV hopes this documentary will be an educational experience with a touch of entertainment and that young viewers will watch it without getting bored.
A series of other multi-media works such as an animation will follow the documentary. In a bid to spread awareness of human trafficking, the documentary will be available to any organization or individual after it has been aired.
The United States Agency for International Development, or USAID, part of the U.S. State Department, gave a grant of $3.1-million to help fund the project.
Olivier Carduner, the regional mission director for USAID in Asia, noted that MTV was a useful tool in raising the awareness of the younger generation in Asia, a region that “accounts for many of the world’s trafficking victims.”