Ok orders a hot dish from the takeout menu

Ok orders a hot dish from the takeout menu 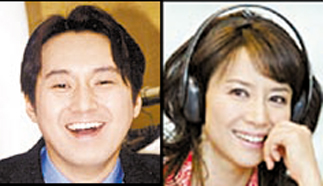 
Showbiz couple Park Chul and Ok So-ri, both 39, have split. Early this month, Park filed for divorce. The split is said to be due to Ok’s adultery with Giorgio Pappalardo, 29, a handsome Italian chef at the Park Hyatt. After the split became public, Ok and Pappalardo disappeared. A hotel spokesperson said, “Pappalardo unexpectedly asked for leave.” Ok, who hosts an SBS radio program, turned off her cell phone after taking “medical leave.” An apparently heartbroken Park said, “A flying bird doesn’t look back,” expressing no hope of reuniting with Ok. By Lee Eun-joo