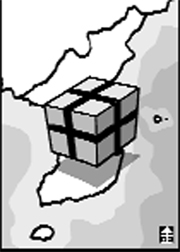 Question 1. Polaroid, Scotch tape, Vaseline, Jeep, Aspirin, Post-it, Bluestar, Freon, Xerox and so forth. What are the similarities between the names above?
As many of you have already realized without reading the whole list, they represent cases in which a brand name became a common noun for a product. The names of inventions that made our lives convenient were lovingly used for a long time. They often became the name of the product.
But this is a part of the answer: All those products are also “made in the U.S.A.”
The U.S. has 20 global brands, Japan has 10, France and Germany have six respectively, and Korea has two or three. Korea must develop more global brands to become a strong nation. As Guy Sorman, a French journalist, rightly pointed out, the number of iconic brands is one way to measure a nation’s influence.
Meanwhile, Europe has sought compensation by emphasizing geographical indications, particularly agricultural countries around the Mediterranean, which have given up their manufacturing leadership to America. The argument behind it is that, if the quality and taste of a wine, or agricultural or dairy product can be attributed to a region’s climate and terrain, the value of those natural specialties should be recognized as regional. Today, the 27 states of the European Union pride themselves on their various regional specialties, based on their long history and tradition, much longer than that of the United States.
Question 2. Champagne, Cognac, Scotch, Bordeaux and Parmesan. What are the similarities of the above products? Well, now it is an easy question. They are names of European products that originated from the region in which they were made. They are among more than 5,000 products that use geographical indications in the European Union.
Issues regarding geographical indications emerged as a hot topic in the Korea-EU free trade agreement negotiations, which tend to receive less attention than the Korea-United States FTA. To protect the EU geographic indications, we might not be able to use the familiar terms such as Champagne as a product name any more.
The boundaries of the protection for property rights will also be extended to general agricultural products such as cheese and sausages. We might expect our special geographical products, such as Boseong green tea, Icheon rice and Hoengsong beef, to counter those European products. However, right now, it feels more like hitting a rock with an egg.