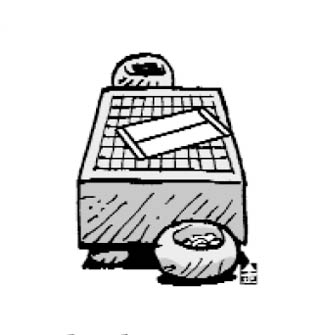 Cho Nam-cheol, who pioneered Korean baduk, a game called go in Japan, frequently went to newspaper companies with the records of contemporary baduk champions he discovered in the ruins of the Korean War. However, the newspaper companies never paid him to print those materials.
The first national baduk league paid 5,000 won ($5.50) to the top player in 1959. Baduk player Cho used to chuckle in pride, saying Korean baduk must have grown a lot in popularity because the prize money offered now has five more digits.
Cho’s effort bore fruit mostly in the next generation of players after him. Many baduk leagues emerged with sponsorships from newspapers. Kim In, who made a glorious comeback after studying in Japan, broke a record by winning seven and six times in two top-class leagues each. Other lower-ranking players were also able to grab a modest amount of money just for playing.
Kim In was romantic. He frequently took care of his fellow players who did not have enough money.
Player Yoo Chang-hyuk said in an interview with the JoongAng Ilbo that baduk leagues should abolish the allowances given to players just for playing, and instead provide prizes to players at certain tournament levels. Because he is one of the top baduk players of his generation and someone who established the global prestige of Korean baduk, along with Cho Hun-hyeon and Lee Chang-ho, his words were stunning. Those allowances have been the basic means of living for aspiring baduk players for half a century. If the baduk league adopts a competitive system like that of the PGA Tour in professional golf, more than two-thirds of the 220 professional baduk players are likely to not even be able to cover their travel expenses to the match.
Yoo is slightly over the age of 40, and is a bridge between the younger and older generations. His argument has already gained considerable support. In truth, Korean baduk has been stepping back on the world stage since last year, partly due to competition from China. Many say there are warning signs in our baduk system.
Baduk was once called entertainment for the immortals, but now it is more like survival of the fittest.
Already, less than 20 percent of professional baduk players are able to live solely with the award money and allowances they get for each game.
Some day professionals will envy the leisure that beginning players have. They only enjoy baduk with anonymous fellow players during lunch-time Internet games.