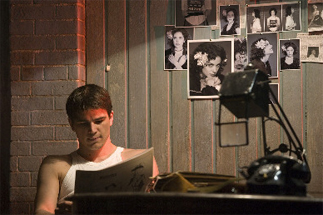 Despite his best efforts, Josh Hartnett’s Bucky can’t help but grow consumed by the murder of a woman dubbed “The Black Dahlia.” Provided by Millennium Films