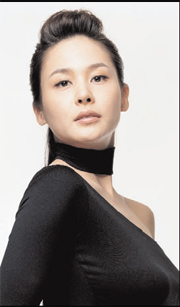 Today is Korean pop singer Ivy’s 26th birthday. Sadly, she won’t be celebrating. Her 31-year-old ex-boyfriend is blackmailing her. Ivy has called off all appearances, including various year-end awards ceremonies.
The ex-boyfriend, a former advertising company employee known only as Yoo, threatened to circulate secret photos and videos of her, Fantom Entertainment, Ivy’s agency, reported. Yoo claimed that the clips would humiliate Ivy and demanded money from Fantom. Yoo has since been detained on a charge of blackmail.
“We [Ivy and her agency] could not stand it any longer,” Chung Kyung-moon from Fantom Entertainment said during a press conference last Friday.
After a month or so of tension, Chung decided to file a suit.
Yoo claims the opposite. He said the agency threatened him. Before getting arrested, he wrote on his personal homepage, “I heard rumors that Fantom tried to kill me,” and “They [the agency] will be in jail for evading taxes and manipulating stock prices.”
An entertainment expert, who requested anonymity, said during an interview, “I don’t understand why Fantom made such a big deal about all of this.” By Lee Eun-joo