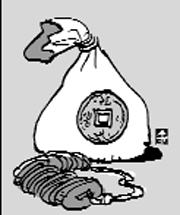 “Shouldn’t you have brought products from your town, at least?” That’s what a friend of the long ago Chinese governor Wogyeom told on visiting the capital. The friend said that when a government official in a remote town visits the capital, he has to bring special products, if not gold or other precious goods, to central government officials to earn their favor. But Wogyeom only smiled and said the only thing he had under his arms was pure wind.
This was during the time of Emperor Ying Zong in the Ming Dynasty. There was a eunuch named Wangjin who was favored by the emperor. The eunuch accepted bribes from people who wanted him to use his power.
A local government official had to pay a huge amount of money to meet the eunuch. So, when Wogyeom, the governor of the area that is now Shanshi, came to Beijing, his friend advised him to make a good impression on Wangjin. But Wogyeom gave only the above-mentioned simple answer.
A poem that Wogyeom wrote about the processing of lime portrays his character. “It comes from a remote mountain after man hammers thousands or tens of thousands of times/ It remains calm when it is burned in flame/ It is not afraid while it is melting down/ It leaves behind its purity in the world of the people.”
In the poem, the author swore that he would remain pure and clean even when he faced obstacles while carrying out his duties as a government official and he lost everything he had.
In the poem, the Chinese characters that were used for purity literally meant the bluish-white color of lime. However, the character for “blue” has been substituted with the character for “pure” later.
As written in his poem, Wogyeom remained pure and fair throughout his life. Later in life, he was framed with a false accusation and killed.
But he has been remembered until today as an official who had integrity and never compromised.
The incumbent Korean administration used reforms as its slogan, but it has committed a series of scandals.
The top tax official who handles a huge amount of tax revenue was arrested on a charge of receiving bribes. We will find out if we have entrusted our tax money to a corrupt official all along. Integrity is a primary requirement for government officials, if not to the extent of Wogyeom’s case.
Did the government hurriedly shut down press rooms in order to hide its corruption? We will see how many more excuses the government has.