The price to Park

The price to Park 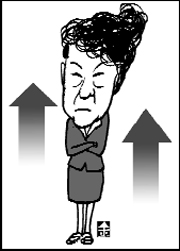 The idea that people can be bought or borrowed makes us feel uncomfortable. Some say it is abhorrent for people to get paid for selling or lending their labor. But most people these days cannot live without getting paid for working.
Different labor and different services have different prices. The prices are called wages, income, salaries, paychecks or whatever you want to name them.
The names may differ, but the simple fact that different people command different prices remains the same.
It is the truth, even though it makes us feel uncomfortable.
We feel the most uncomfortable the price of people when we hear about news that salaries for certain entertainers, athletes or executives have surged.
We wonder if they deserve such astronomical amounts of money, even if they are very talented.
But their prices are not set by the absolute value of their talents. Their prices are determined by supply and demand in the marketplace. If the demand is higher than the supply, the price climbs. If the supply is higher than the demand, the price goes down.
Star entertainers, athletes and competent executives enjoy their status as the exclusive suppliers of their talents.
Only a certain type of person can supply an exclusive talent.
Meanwhile, there is a area that demands exclusivity. If a company is set to hire 10 new employees and thousands of applicants flock to apply, the company can be said to have exclusive demand.
These days, the price for Park Geun-hye, the former chairwoman of the Grand National Party, is surging. As the election drew near, Lee Hoi-chang joined the race, making Park the most important variable to determine the election result. Lee Myung-bak, the Grand National Party’s candidate, now desperately needs Park’s support. That support can be offered by nobody else but Park. As the sole supplier of this item, Park’s price only goes up. But the problem is Lee is also the only one who needs Park’s support. This is why there is a certain limit to Park’s price. In economics, this is called a “bilateral monopoly.”
In a bilateral monopoly, the price is set according to negotiations between two sides. Park will try to get the highest possible price, while Lee wants to get her support at the lowest possible price. If negotiations fall apart, that is not good for either side. And there is a term of validity for this item. After a certain date, Park’s support has no commercial value anymore. The time limit is coming near.