The cult of celebrity

The cult of celebrity 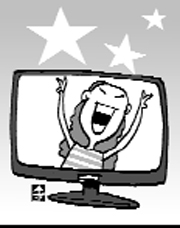 As widely recognized famous people, both public figures and entertainment stars can be described as “celebrities.”
If talent and attractiveness are the prerequisites of a star entertainer, popularity is the core element of celebrity.
Regardless of the public’s sentiments ― sympathy or antipathy ― celebrities often refer to rich, popular people who earn money just with their names. Their names are often closely linked to money-making businesses.
The word “celebrity” is mainly used in the fashion sector. Fashion shows featuring luxury goods are places where all of the celebrities assemble. Their fame and the names of the luxury brands all confirm their reputations.
Celebrities seem to be a newly emerging social class. We continuously see people who have done nothing but achieve great popularity earn huge amounts of money. He or she becomes the object of envy, someone who is never criticized.
Paris Hilton, who recently visited Korea, is a typical example. Hilton, heiress of the Hilton empire, is a troublemaker with a bad reputation for naughty behavior ― wasteful habits, adherence to parties and a sex videotape scandal. Curiously, she became an international celebrity just for being notorious.
All she has to do is slip on her luxury-brand clothes and lend out her name to earn a fortune. She has become a walking billboard; a one-person company. Even her negative image as a stupid heiress has totally changed. She’s now seen as a bright businesswoman.
Every action a celebrity takes spreads like wildfire in the entertainment media. American reality shows and some programs that convert celebrities’ extremely luxurious lives into dollars are all the rage. They air on Korea’s cable and satellite TV channels, too.
The celebrities’ popularity is vindicated by the paparazzi who chase them endlessly. Embarrassing pictures of celebrities get sold for high prices, and that boosts their popularity.
The most famous definition of popularity is Daniel Boorstin’s, who said, “A famous man is famous because of the fact that he is famous.” It points out the entirely empty and ironic nature of fame.
The media try to present celebrities attractively, despite the emptiness and irony of their popularity. Just as blood made aristocratic circles in a feudal society, so the media has created a noble family by chasing stars and gossip. Against this backdrop, I call for the media to take a fair and balanced approach toward presenting the new culture of these celebrities in our society to the public.