A look at the brightest

A look at the brightest 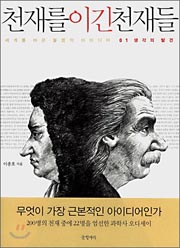 The world’s great changes were led by a few geniuses and Lee Jong-ho, 60, a science writer in Korea, selected 22 of the brightest in his new book, “The Genius Who Is Smarter Than Geniuses 1, 2.” He details world-class thinkers and scientists. Book 1, with the subtitle “Great Thoughts Discovered,” explores intellectuals who introduced logic and scientific reasoning to the world, including ancient Greek philosophers, Charles Darwin and Louis Pasteur. Book 2, “Expansion of the World,” focuses on contemporary scientists who discovered secrets of biology and the universe, such as Dmitrii Mendeleev, Marie Curie and Stephen Hawking. Published by Geulhangari.
Compiled by Lee Hyo-jeong