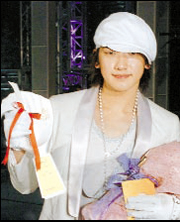 Roll out the red carpet, bust out the couture and summon the stars. It’s that time of the year: awards ceremonies season.
But not in Korea. For this first time there won’t be any year-end music awards ceremonies aired on terrestrial stations in Korea.
This follows criticism of the way prizes are awarded.
SBS officially announced Monday its decision to drop its music awards ceremony this year. Instead, it will hold a special festival to celebrate the year’s end by inviting some 30 to 40 singers to perform together onstage.
“One of the reasons for [canceling the music awards ceremonies] is criticism made about the ceremonies’ fairness,” said SBS producer Kim Sang-bae to a local newspaper. “Also, there hasn’t been prominent growth in the music industry this year.”
KBS, Korea’s premier public broadcaster, and MBC, a private broadcaster, axed their year-end music ceremonies last year due to criticism and controversy surrounding the fairness in giving awards. Past grand prize winners include hallyu, or Korean wave, stars like Rain, also known as Jeong Ji-hun. He won first place in KBS’s year-end music awards in 2004.
Meanwhile, cable music channels will still hold their year-end awards ceremonies. Mnet held its Music Festival last month and KMTV holds its Golden Disc Awards next Friday.
By Lee Eun-joo