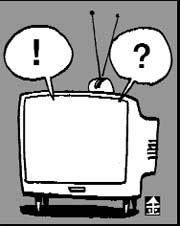 Psychologists do not believe that people are inherently rational. They use a psychological term “selective perception” to explain why people don’t perceive external information as it is. Instead, they frame it selectively so that it exists in harmony with their own beliefs, and often to their own advantage.
There is a similar term. It’s called the “cocktail party effect,” which is when people hear their names at a party even if they are standing in the middle of a noisy room.
Selective perception undergoes the following steps: selective exposure, attention and understanding. The term was originally used in cognitive psychology, but it is now a major concept in advertising and marketing. No matter how much money is spent on an ad, it will be useless if it fails to grab consumers’ selective perception.
According to research, we’re exposed to 1,500 advertising messages every day. But we only notice around 70 of them, and we can remember only about 10.
Selective perception can be also experienced in our everyday lives. A person of low self-esteem has a tendency to misinterpret other people’s unintentional behavior as a threat, while patients plagued by delusion are a perfect example of selective perception.
Advertisers tend to generate well-coordinated ad campaigns based on the theory of selective perception, so the question of what people believe to be true is largely irrelevant.
There is also a term known as “cognitive dissonance.” When there’s inconsistency between a person’s attitude and behavior, he or she tries to bring them together to eliminate any feeling of uneasiness. When such a discrepancy exists, people usually change their attitude to accommodate their behavior.
Prosecutors have cleared Lee Myung-bak of any involvement in the so-called BBK scandal, a huge investment fraud. The election camps and voters have responded to the prosecutors’ announcement in an interesting way. Lee’s supporters insist that the allegation itself was the result of back-street political maneuvering, while opponents claim it proved prosecutors buckled under political pressure.
People try to distort reality to satisfy their political positions, rather than accept the results of the prosecutors’ investigation. Even though the results ran counter to what some people initially believed, they still try to see what they want to see and cannot accept the decision.
An election is one of the most rational devices for promoting democracy, but we’re witnessing too many aspects of irrationality as we gear up for the final stages of this year’s presidential election.