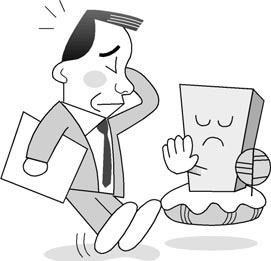 In 1441, it was the 23rd year of the rule of King Sejong, the Father of Hangul. In the Annals of the Joseon Dynasty the king seems to have been upset when he supposedly said, “Why do you mention it again when I already told you I would certainly refrain from it?”
This began with a petition by a group of officials who worked on reforms in the king’s administration. Their lengthy petition cited various ancient stories and examples from China in order to prove the point that the employment system of the government was being disrupted as relatives and family members did not hesitate to use family connections to get government positions. “The sons, sons-in-law, brothers and nephews who are not talented enough collaborated with one another to manipulate opinion,” the report went on, “... and they thus seized government posts that surpass their capabilities.” King Sejong became quite upset about the seemingly endless petition.
The Annals show that controversies never ceased around the administrative system of mutual avoidance, stipulating that relatives and family members should not work together in the same government office. It was not permitted for the children of high-profile officials of the royal court to be posted in the capital city or nearby. The relatives of those officials were also banned from conducting audits or inspections. As for employment examinations, relatives of the supervisor of the exam were ordered to sit in a different city for the test.
All these rules were intended to avoid the possibility that private relations would ruin public duties.
The National Tax Service is going to adopt an “avoidance of origin” rule after seeing its chief sacked for bribery. That is indeed a revival of an ancient rule, whose underlying purpose is to prevent public officials from corrupt practices due to their private relations while working in their hometowns.
One may agree with the purpose, but it nonetheless leaves a bitter taste in the mouth.
One prominent official during the Jin Dynasty recommended his enemy for the position of provincial head while recommending his son for a military post. The rationale behind it was to have a person with the right talent in the post. His anecdote remained in an ancient maxim, “Not to avoid enemies without, not to avoid relatives within.” As a matter of fact, this is what it should have been. When morality and integrity remain firm, who works where does not matter that much.
What is problematic is the overall declining level of morality in our society.