[Book in brief] Till Death us do part

[Book in brief] Till Death us do part 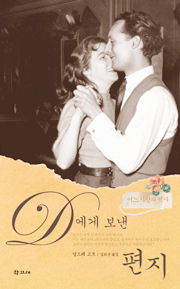 They couldn’t live without each other.
The French philosopher Andre Gorz and his soul mate Dorine committed suicide in September after Dorine was diagnosed with a fatal disease.
They chose to end their lives together, unable to face a future alone. He was 84 and she was 83.
“Letter to D” ― the D referring to Dorine ― was the last publication by a writer whom Jean-Paul Sartre believed was “the sharpest intellectual of Europe” and that French President Nicolas Sarkozy called the “most important philosopher in Europe.”
Essentially, the book is Gorz’s last love letter to his terminally ill wife. He lovingly chooses the words to describe the history of their relationship and what Dorine meant to him in loving but never sentimental prose.
Underlining the parts in the book that move you the most would be unwise: You might end up underlining the whole text.
“You soon turn 82. But you are still attractive, elegant and beautiful,” Gorz writes. “It has been 52 years since we have lived together, but I love you more than ever.”
Gorz also talks about his experience as a Jew in Switzerland and France, and his passion for writing.
“Writing means disappearing from the world and from your very self,” he says.
Hakgojae publishers recently published this Korean translation from the original French. An English translation is also available.