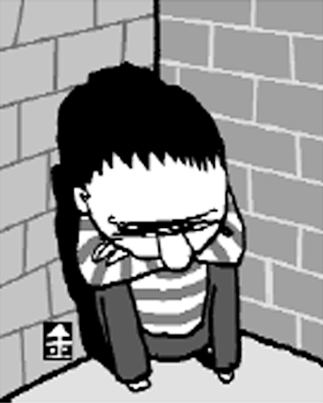 When an artistic genius plagued by depair dies young, the depression is often viewed as a romantic rather than a psychological condition.
Depression is sometimes referred to as the “cold of the mind,” because people view it as something temporary and easily cured.
“Against Depression” by psychiatrist Peter Cramer is critical of such attitudes. He rejects the notion that depression is a source of creativity and sensitivity.
He explains that leftists regard depression as passive resistance to commercial capitalism, whereas rightists underscore the importance of mental strength and not turning to convenient solutions, such medication.
Both sides see the condition as a moral, ethical, aesthetic and intelligent trait rather than a disease.
But depression is not only a personal disease. It is also a social one, which frequently prevails in developed and capitalist nations because it is related to economic abundance and social frustration. It can be thought of as a mental emptiness that emerges after the necessities of life such as food, clothing, and shelter have been secured.
In addition, depression is viewed as a psychiatric characteristic that is commonly found among people working in a cut-throat society.
The World Health Organization listed depression as a disease that will plague humankind in the 21st century. The organization has warned that depression will be the top-ranked disease of all age groups by 2020.
Against Depression estimates that the cost to the United States of depression-related issues exceeds $40 billion, or 3 per cent of the gross national product.
According to the book “Paradox of Progress,” the number of patients plagued by monopolar depression in the U.S. and Europe increased tenfold in five years.
Korea is also confronted with difficulties caused by serious depression. A survey conducted by the Korea National Statistical Office revealed that 1 in ten Koreans entertain suicidal thoughts. The number of suicides here exceeds 10,000 people a year, the highest rate among OECD countries for past few years.
It has been reported that suspect Cho who stole the guns and killed a marine on Ganghwa Island recently was reported to have been on anti-depressants.
It is not clear whether Cho is puffing up his medical history, but it is clear that depression is emerging as the cause behind indiscriminate crimes against others.
We should pay more attention to depression for the sake of personal and social health.