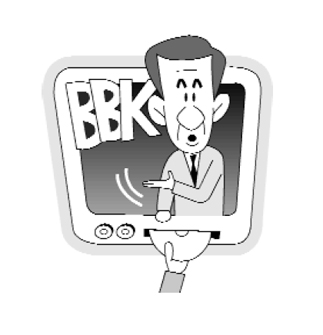 The first thing the New Meiji Government did when entering Edo in 1868 was to search the castle vault. Despite the belief that the Edo Shogunate must have hidden a huge amount of secret funds there, the vault was empty. So, the new government began searching for the hidden gold.
“People from the boat that crossed the Tonegawa River delivered something over to the famous Mount Akagiyama.” This testimony of many witnesses led to a large-scale search around this area that continued for several years. After copper plates with unfamiliar letters and maps carved on them were found, hopes of finding the gold rose. However the search turned up nothing.
It was then put forward that that Mount Akagiyama was actually a decoy to distract from the real location of the treasure. Throughout Japan new excavation projects kicked off. There were even attempts to use fortune-tellers to find the buried gold.
Toyotomi Hideyoshi’s hidden treasure is worth a fortune. It is known that over 500 billion yen ($4.4 million) worth of gold and goods are buried somewhere in Osaka. A 1598 document quotes Hideyoshi’s will as follows, “According to the will of Daiko, when Hideyori, the son of Hideyoshi [who was then only six], turns fifteen and sees the need to rule the country, the gold should be dug up and used.” In some other documents, it states, “He buried 450 million lyang left from the Joseon invasion fund and 112.5 tons of gold in a secret place.” That stash would be worth several hundred trillion yen today. A company called Japan Mining Co. is still looking for the buried gold of Hideyoshi near the Hyogo region. The gold has still not been found.
Recently in Japan, hidden gold has become a hot issue. It is not the hidden gold of the Edo Shogunate or Hideyoshi. The center of the debate is whether there is hidden gold in the special account of the government budget. “The special account, known to be at worth least 40 trillion yen, is hidden gold. Let’s dig for this and use it for the local regions.” This suggestion created the new buzz phrase “Kasumigaseki’s hidden gold.” Kasumigaseki is like Gwacheon in Korea, a region where government offices are located.
There are only two days to go before the presidential election in Korea. A video clip from a special lecture has been revealed with Lee Myung-bak essentially saying, “I established BBK myself.” The candidates who have been after Lee might be feeling as if they have found hidden gold. What is the real truth of the “BBK hidden gold”? Let’s wait and see what history records.


*The writer is the Tokyo correspondent of the JoongAng Ilbo.