Goodness, gracious! Great balls of fire keep the shows from going on

Goodness, gracious! Great balls of fire keep the shows from going on 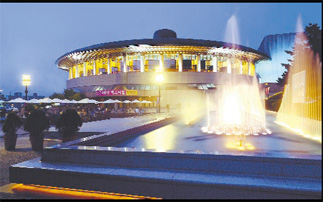 After fire broke out onstage during a performance of “La Boheme” at Seoul Arts Center, audiences hoped the show would go on after the freak accident.
Unfortunately, after the Dec. 12 fire, 70 percent of the stage was damaged, leading to the opera’s cancellation. However, this isn’t the only show to be affected.
Seoul Arts Center has also canceled performances of “The Nutcracker” until the stage is completely repaired.
The axed shows also come at the Christmas season, when demand is highest. Stage crew negligence is apparently to blame.
But the crew at Seoul Arts Center isn’t the only one slacking off for the holidays. After an equipment breakdown at the Charlotte Theater in Jamsil, an audience of 1,000 protested after a canceled Dec. 16 show of the musical “Mamma Mia!”.
The audience had waited for 20 minutes before theater staff told them the show would be canceled.
Only after the protest did the theater decide to reimburse ticket costs and traffic expenses. Theater staff later confessed that stage crew had noticed a problem at 3 p.m. on Dec. 16 but had ignored it.
Unlike theaters overseas, in Korea, stage crews often skip technical checks because of overbooked schedules. Korean theaters also lack specialists who can care for equipment full-time.
By Lee Hyo-jeong