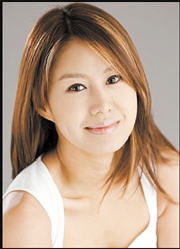 “Every move you make / Every step you take / I’ll be watching you.”
Lee Seung-shin, right, and her husband Kim Jong-jin will likely never listen to that classic by The Police the same way.
At a concert by Kim, the frontman of the popular band Spring, Summer, Fall and Winter, a stalker assaulted Lee by hitting the musician’s wife in the back of the head with a cell phone on Sunday in southern Seoul. Lee was taken to a hospital, where she received stitches.
The stalker was identified by the police only by her surname, Hong. She has been stalking Kim for the last 10 years, the 44-year-old musician said. Lee, 37, an actress starring in the cable TV drama “Two Faces of a Woman,” is recovering from the shock of the incident, her agency said.
“It’s a good thing that she did not get any scars on her face,” Lee’s agent said. “Lee is determined to get back on her feet and continue acting.”
Kim said he is pursuing legal action against Hong, and police said that the assailant would face a yet-to-be-determined punishment.
Kim and Lee tied the knot earlier this year and have appeared on TV shows telling stories about their happy marriage. The stalker, Hong, told the police that she committed the crime “out of an urge after watching the couple’s happy stories on television.” By Chun Su-jin