Recalling a field of honor, bravery and impossible odds

Recalling a field of honor, bravery and impossible odds 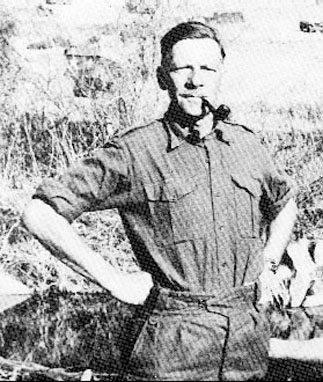 Every battlefield is tragic, but south of the Imjin River, the range of low hills overlooking the water is especially poignant. For any invader heading south, this range forms the last geographical obstacle before the strategic Han River valley. Since the seventh century, these hills have been drenched with blood and scorched by fire.
Here, in April 1951, Britain’s 29th Infantry Brigade Group found itself fighting desperately to stem a key thrust of the Chinese Fifth Offensive ― the largest communist attack of the Korean War. They would prove a potent force. In a battle that has passed into legend, they held their position for three crucial days before succumbing to defeat.
Assaulted by three Chinese divisions, the brigade, a mix of keen young volunteers and experienced veterans of World War II, faced odds of approximately nine-to-one.
Isolated on the brigade’s left flank, the 800-odd men of the 1st Battalion, Gloucestershire Regiment, nicknamed the “Glorious Glosters,” were deployed on the hills overlooking the river. Last month, some 30 members of the U.S. Eighth Army’s Special Operations Command Korea visited the battleground for a lesson that was part history and part reminder that Korea remains a potential battlefield.
Such tours are regularly run for U.S. units here by Ron Miller, the Eighth Army historian, himself a retired Ranger officer. The Glosters’ battlefield lies just south of the DMZ, west of the strategic “Uijongbu Corridor” that strikes through to Seoul.
Standing on the Imjin’s north bank, Miller pointed to a cutting in the southern bank. Here, at about 10:00 p.m. on April 22, the battle began.
The Chinese attacked under cover of darkness. From the top of the cutting, a 16-man Gloster patrol held off a Chinese battalion assaulting across the river with small-arms fire and artillery. They stood for two hours, firing in the flare light until their weapons glowed red-hot. Then, out of ammunition, the Glosters withdrew. The Chinese surged across in force, assaulting the foremost Gloster position, held by Able Company.
The position was dubbed “Castle Hill” by the Glosters; a Silla dynasty fortification had once stood there. In the bright November morning, the active-duty U.S. troops hiked the dirt track to the summit, where Miller relayed the story of A Company’s grim fate.
Around midnight, the forward platoons were swamped by human waves. In the early hours, a reserve platoon was ordered to counter attack. Their officer, Lt. Phil Curtis, had lost his wife in childbirth prior to his Korea deployment. In an interview this summer, one of his soldiers, Sam Mercer, recalled that some men wondered whether their leader would survive. Curtis was wounded in the first attack on an enemy bunker. His men tried to hold him back, but he charged alone, destroying the fortification with grenades. Killed in the action, he was posthumously awarded the Victoria Cross, Britain’s highest award for gallantry.
The situation worsened. A company’s commander, Major Pat Angier, requested permission to withdraw. It was denied. Fifteen minutes later, he was dead. The company’s last radio message was, “It’s all over. Cheerio.”
Dog Company, further east, endured a similar night. On the morning of April 23, the remnants of both companies pulled back to Hill 235, the Glosters’ main position. Volunteers ran forward to cover them. During daylight, the survivors dug in.
After darkness on the 23rd, it was Baker Company’s turn. In a nightmarish fight, the unit battled alone. In his book “Soldier Against the Odds,” a survivor, Lofty Large, writes of crowds of Chinese storming forward in the blackness. It was close quarters. Reloading at the bottom of his trench, a figure loomed above him. Instinctively, he thrust with his bayonet, killing the enemy. Frank Carter, a machine gunner who relayed his experiences on audio tapes in London’s Imperial War Museum, was hit in the eye, but continued firing. In desperate combat, he watched an officer firing into the enemy masses with a pistol in each hand.
By dawn, the remains of Baker attempted to break out to the main Gloster position. Out of 120 men, 15 made it. They rejoined what was left of the battalion ― perhaps 400 functioning soldiers and around 50 wounded ― on Hill 235. Although the Glosters had lost the river bank, they still dominated Five Yankee, the critical route winding southeast through the hills.
The Gloster’s chaplain, Sam