Goodbye Pigs, the Rats are coming to town

Goodbye Pigs, the Rats are coming to town 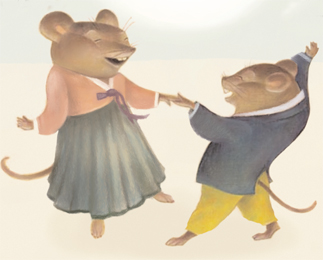 Rats are rarely considered likeable creatures. Whereas hamsters and guinea pigs have been popular pets for generations and children and adults love Mickey Mouse, rats make people think of sewers and sneaky characters who will “rat” on you.
If you look up “rat” in a thesaurus, you’ll find references to backstabbers, snitches and double-crossing.
The actor James Cagney is famous for the line, “You dirty rat!” even though he was misquoted. The point is you wouldn’t say, “You dirty hamster!” That just sounds funny.
With 2008 deemed the Year of the Rat according to the Chinese zodiac, it’s time to check on predictions for next year.
The Year of the Pig actually lasts until the Lunar New Year, which starts Feb. 7, but already Rat fever is taking over.
Starting today, Everland is running “Mouse Village,” where 10 species of the rat family will be exhibited for visitors of all ages. The rat family members that will be on display include a hamster, a prairie dog, a guinea pig and a flying squirrel.
Gyeongbok Palace’s National Folk Museum of Korea until Feb.25 is running a special exhibition displaying various relics related to rats, some of which some even date back to the Three Kingdom era in the seventh century until as early as in the 1970s. One of the items on display is a statue of a rat sculptured during the Unified Silla Dynasty and a Buddhist painting of a rat drawn to ward off evil spirits in the 19th century. There is also a written record in the eary 20th century that states that, “People born in the year of the rat may have difficult times when they are young, but their lives improve after they get to middle age.”
To find out more, the JoongAng Daily has sought advice from Bae Gun-san, head of the Hanguk Yeoksulin Hyeophoe (the Korean Association of Fortune-Tellers), and Kim Min-jeong, the deputy head of the same organization.
Here’s what they have to say about 2008.
People born in the Year of the Rat ―1948, 1960, 1972, 1984 or 1996 (or even earlier) ― tend to be full hearted. They love nature and cute places and they are affectionate. They are generous and calm as well as passive.
When they are young, they are loved by those around them. When they grow older, they realize that it’s their parents who have made them who they are today. They study hard and have good relationships with others.
Women born in the Year of the Rat tend to be adorable and help out men in their lives in many different ways. They never regret the choices they make and they’re smart and act mature. They tend to love listening to music alone and they hardly ever discuss worries that are bothering them. They tend to solve problems on their own.
However, people born in the Year of the Rat tend to keep their problems to themselves, mainly out of pride. Sharing is not part of their nature.
“Rats like to hide things and be secretive,” Bae said.
Those who match well with Rats are Monkeys, Dragons, Oxen, Chickens and, amazingly, Snakes.
Sheep and Horses don’t get along with Rats.
The forecast for the country is the Year of the Rat is bright. Particularly, it will be a good year for Rats because power and honor will be in their grasp along with opportunities for promotion.
A lot of singles will get married and everything that they have planned should progress well.
“As the Rats in the year of 2008 have walked into the storeroom, everything is fruitful and every thing they do works out well,” said Bae.
It will be fine from January though June but special caution should be taken in the months of July and August, especially anything that has to do with water.
“The Rat is weak against water,” Bae added.
It is good news all around in economics, education and culture which will be seeing vast development.
“All of the soil in the ground including mud, rock, pebbles and sand will be mixed,” Bae said.
“Therefore, the construction industry in particular will see robust development,” Bae added.
Anything that has to do with sand is likely to be a gold mine, according to the fortune teller. The construction industry will not only see strong business within the country but also outside the country with increasing exports and so forth.
This also means that the real estate market, which has been stagnant due to tight regulation, will see active buying and selling.
“This is a good year to buy houses,” Bae said.
However, other than construction and electronic shares, other companies will likely have difficulty in ascending to new record levels on the stock market.
As for politics, Bae said the nation will be stirred when the majority conflicts with minority parties in May and June.
“The country will be noisy during this time,” Bae said. But politics in the latter part of the year will stabilize and quiet down.
Quality of life is also expected to improve and it is thought that it will be a good year to have baby girls as they will be more fortunate than those born in the Year of the Pig.
“Many think that last year was the Year of the Golden Pig, but that was an error,” Bae said.
“There is no golden pig. Just regular pigs.”