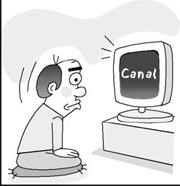 Both the Chinese and the Koreans had times in the past when they yearned for peace. Especially in China, where wars were prolonged and more frequent than anywhere else, peace was desperately sought. Some even prayed that they would be born a dog in peacetime in their next life, rather than a human in a time of war.
They longed for times when your stomach is full and one can sleep without worrying; the original reference to such times can be found in the Chinese song “Gyeok-yang-ga.”
That happened during the period of King Yo, the famed leader during a legendary era in early Chinese history. King Yo went out to the streets, undercover, to mingle with common folks and find out whether he was ruling properly. The king encountered an old farmer on the street and asked for a critique. The farmer famously replied, “I go to work when the sun rises and rest when the sun sets, so whatever virtue the king has doesn’t matter to me.”
King Yo smiled. The very soliloquy of an old man who didn’t care who was the incumbent commander-in-chief was the best eulogy the king could hear to describe a time of peace.
A minor point at issue here is the meaning of gyeok-yang in the title of the song. The literal interpretation is the cultivation or digging of the land. But Korean textbooks have translated Gyeok-yang to mean likewise. That is wrong. If you refer to recent Chinese books, you can easily find that gyeok-yang describes a game in which players throw a wooden piece carved into the shape of a shoe to another identical target stood at a certain distance.
Whether the interpretation of gyeok-yang is correct or not is a minor issue. The major point of concern today is a growing hope for the good days, which are indeed growing fast lately. As soon as the next president was elected, the expectations for the next government’s policies escalated ― even before the actual policies had been outlined. Many are skeptical that a seven percent economic growth can be achieved during the next president’s term, but nonetheless few seem concerned about analyzing it too closely.
While everyone’s dreaming happily, the controversial cross-Korea canal construction plan is about to be undertaken.
Disappointment with the incumbent administration is the obvious reason for the mass reverie. After years of disappointment, one can only hope for the best for the next government. In spite of that, however, one must not let hope and expectation overwhelm the capacity for reasoning. Analyze when you must, otherwise you will wake up disillusioned.