Hangul may help others record history

Hangul may help others record history 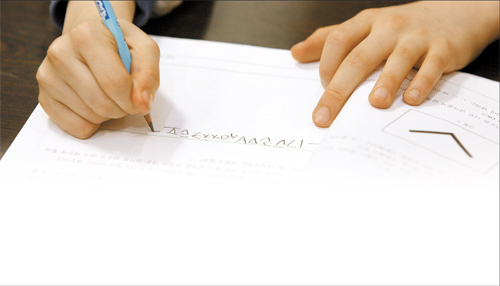 Lee Hyun-bok, 72, believes that Hangul, or the Korean alphabet, can be learned in a day.
An honorary professor of phonetics and linguistics at Seoul National University, Lee said Hangul is just that simple.
He witnessed the Lahu people, an ethnic group living in northern Thailand, learning Hangul in almost no time.
For a decade, the professor has been encouraging the Lahu people to adopt the Korean alphabet so they can record their history, myths and other material on paper ― something they weren’t able to do in the past. Stories were handed down orally.
“The Lahu people of China, Thailand, Myanmar and Laos have their own language, but they don’t have their own alphabet,” Lee said.
Sadly enough, the Lahus aren’t the only ones without independent letters.
Of the 6,700 languages in the world, according to Unesco, the United Nations Educational, Scientific and Cultural Organization, only 350 are transcribed as having independent characters. Some 6,000 tribes, which make up 10 percent of the world’s population, live illiterate or unlettered lives.
As a linguist, Lee has been dreaming of Hangul globalization.
Lee is proud of the International Korea Phonetic Alphabet that he created in 1962 while studying as a postgraduate at the University of London. It is an alternative universal form of letters to the International Phonetic Alphabet ― a system of phonetic notation based on the Latin alphabet ― devised by the International Phonetic Association as a standardized representation of the sounds of speech.

“The International Phonetic Alphabet is the most widely used and highly successful phonetic alphabet today,” Lee said. “But its symbols, based mainly on Roman and Greek letters, have some serious disadvantages.”
For example, Lee said the symbols do not represent the shapes or movements of the organs of speech in the manner that Korean letters do. In Korean, letters resemble the shape of the mouth, teeth, throat and tongue.
For example, the first letter of the Korean alphabet ― the initial consonant in the word kimchi ― was created to look like the shape of the tongue blocking the throat.
“Symbols of the international alphabet are simply arbitrary and unrelated in shape,” Lee said.
He argues that international symbols are much harder for beginners to learn, memorize and use.
To Lee, “Hunmin Jeongeum (the Proper Sounds for the Education of the People),” the Korean alphabet of 28 letters invented by King Sejong the Great (the fourth king of the Joseon Dynasty) is systematic, scientific and easy to learn.
Hangul, however, leaves much to be desired before it can be used as an international phonetic alphabet capable of representing minute phonetic differences of human speech sounds.
That’s why Lee invented his own international Korean phonetic symbols, keeping all of King Sejong’s 11 vowels and 17 consonants.
“The new symbols meet global standards even better,” Lee said. “They are as easy to learn and memorize, just like the Korean alphabet itself. They are much more consistent and logical than the largely unsystematic mass of the global Roman letters.”
Lee revived the four extinct letters of Hunmin Jeongeum that are no longer in use by modern-day Koreans and devised new symbols.
On top of King Sejong’s 28 characters, Lee created some 109 letters consisting of 80 consonants and 29 vowels. He first presented the alphabet in 1971 at an international linguists conference in Seoul. Many scholars, both local and foreign, were impressed, according to Lee.
“It’s not right to stick to Hangul as it is now,” Lee said. “Though the international Korean phonetic alphabet seems complex, it can be used anywhere in the world by most ethnic tribes with no written language.”
Lee’s new characters are showing efficacy. He devised a writing system for the Lahus and the tribe is happy to be able to write down its own poems and legendary stories, Lee said.
It was in 1994 that Lee came in touch with the hill tribe. SBS TV invited him to film a 10-part documentary on Southeast Asia.
While spending time with the Lahus, Lee was surprised to find that the habits of the tribe, consisting of 577,178 Lahu speakers, were similar to those expressed by Koreans.
There are in fact myths that the tribe could be of Goguryeo descent. One version says that when Goguryeo, one of the Three Kingdoms in Korea (along with Baekje and Silla) perished, the Tang Dynasty (618-907 C.E.) captured some 100,000 Goguryeo wanderers, who later drifted to China and then all the way to Thailand.
James Matisoff, a noted authority on Tibeto-Burman languages and other languages of Southeast Asia, was the first to notice similarities between Lahu and Korean. After spending a year of field work in the region, Matisoff wrote in his doctoral dissertation that the “Lahu language is strikingly similar to Korean in grammatical structure.”
Professor Lee visits the area twice a year to give lectures on the alphabet.
He hopes to see people like the Lahus write letters and even newspapers in their language by using Korean phonetics in the future.
Currently, he says, missionaries who teach in the region use Roman letters, abiding by the International Phonetic Alphabet.
Lee is not alone in exporting Hangul.
Jeon Kwang-jin believes the original Hangul Koreans use today should be taught instead of the reformed version, but both contribute to spreading Korean basic characters. 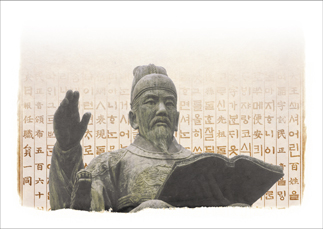 Jeon, a professor of Chinese Language and Literature at Sungkyunkwan University, selected the Lhoba tribe, the smallest officially recognized ethnic group in China. As a Chinese expert, he researched the Tibetan language of the tribe and determined that it can be transcribed into Hangul.
It’s not easy, though.
The Chinese government limits intervention, and he has yet to visit the land.
Jeon, however, is in no hurry.
“Obstacles don’t mean you should give up,” he said, lamentably asking for government financial support.
“Hangul is superior to other alphabets,” Joen said. “Not only Koreans but other ethnic groups should make the best use of the characters,” Jeon said.
Professor Kim Hee-sook from Cheongju University, wrote in her thesis, “Hangul Globalization vs. Korean Language Globalization,” that King Sejong created Hangul because he felt sorry for those unable to express themselves in writing.
In Hunmin Jeongeum, King Sejong wrote, “Therefore, among the unlearned people, there have been many who, having something to put into words, have in the end been unable to express themselves. Feeling sorry about this, I have newly made 28 letters only because I wish them to be easy for everyone to learn and convenient for us in daily life.”
What Kim presumes is that King Sejong would have felt sorry also for people with no written language living outside Korea.
Yoo Un-sang, director of the Korean Language Research Society, says the society has been holding Hangul seminars for Southeast Asians and is planning to establish Hangul schools and Sejong culture centers.
“Currently, hallyu [the Korean Wave] isn’t only limited to Korean soap operas and idol groups, but also includes Hangul,” Yoo said.
“But there are no systematic policies to vitalize the character wave.” Yoo added.
The group receives only 120 million won ($128,000) a year in financial support from the Ministry of Culture.
“Instead of building more English towns in the country, more financial support should be made to spread Hangul worldwide,” Yoo said.
The situation isn’t much better for The National Institute of Korean Language, a government organization.
The Ministry wants to establish up to 100 “Sejong Schools” around the world by 2011.
The schools share the country’s culture by holding performances and seminars and teaching Korean.
China plans to build some 500 Confucian schools and Japan will build some 100 international research centers to promote their culture.
Sejong schools mainly focus on Korean culture. “Not much is related to promoting Hangul,” Yoo said.
“More research and financial support is needed,” Yoo said.
Said Professor Jeon: “It is crucial to research the tribe’s syntax, vocabulary, morphology and grammar as well as the tribes’ customs and history.”
Some foreign nationals have also taken an interest in Hangul.
Professor McCune-Reischauer and John Fairbank at Harvard, writer Pearl Buck and English documentary filmmaker John Mann are all admirers.
So is Unesco.
In 1997, Hunmin Jeongeum was added to the conservation list as part of the “Memory of the World” project. Other cultural items included are films and books.
“Hangul is Korea’s best cultural heritage and also the world’s most elegant alphabet. It incorporates our ancestors’ souls,” Lee said.
“A nation can flourish by spreading its alphabet. Why not export Hangul as well as cell phones and cars?”