[Talk of town]Sending some Rain to wash away oil

[Talk of town]Sending some Rain to wash away oil 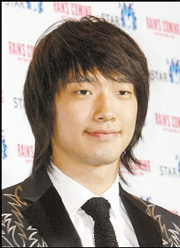 The number of volunteers flocking to Taean, South Chungcheong to clean the area’s oil-ravaged coasts exceeded 1,150,000 as of Monday.
Pop star Rain is among the helping hands. Despite his busy performance schedule, he headed for the damaged coast immediately upon arrival from the United States last Wednesday.
Media from both near and far covered Rain’s volunteer work. The Hong Kong-based Oriental Daily News and Taiwan’s Taipei Daily even ran the news on its front page.

Busy boy busts dreams in Beijing
Actor Lee Joon-ki broke yet another heart when he turned down a Chinese filmmaker’s offer to make a romance film.
As Korea’s goodwill ambassador to China, Lee visited Beijing on Jan. 12. During the trip, Lee received a call from Haiwanyi, a Chinese scriptwriter. Haiwanyi, who said she was moved by the Korean’s performance in “King and the Clown” (2005), pitched Lee the lead role in the remake of the drama “Romance Story,” only to be shot down.
Lee’s entertainment agency, Mentor Entertainment, said in a local entertainment paper last Monday that Lee had to pass up the role because of his full filming schedule. 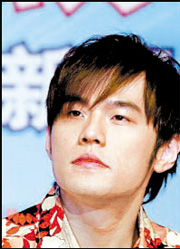 Real-life MBC drama erupts over extending life of drama miniseries
Looks like MBC dramas are experiencing a heyday. The broadcaster is planning to extend several of its miniseries in response to high viewership.
“Isan,” a historical drama that airs on Mondays and Tuesdays, may be extended from 60 episodes to 80. But the extension may not be good news for everyone.
Actor Lee Seo-jin, who plays King Jeongjo, reportedly isn’t up for it.
“New Heart,” which airs Wednesdays and Thursdays, may also get extended for four more episodes.
Weekend dramas including “Winter Bird” are also planning to stretch longer.
By Lee Eun-joo