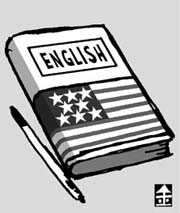 There is an interesting-looking doll that catches our eye in Japan. The attractive girl doll is clutching a dreadful gun in her arms. The doll is named after a 16-year-old girl called Wakasa. When a foreign vessel was shipwrecked on Tanegashima Island at the southwestern tip of Japan, the governor of the island was infatuated with the power of a firelock gun that a Portuguese merchant showed to him. The governor ordered a blacksmith to produce a similar gun.
The gun made by the blacksmith posed a great danger to those who used it. The Portuguese merchant wanted the blacksmith’s daughter, Wakasa. She married him of her own accord. She learned Portuguese from her husband every night, and finally found out how to make a safe gun. The firelock gun and the Wakasa doll originated from this story.
During the late Joseon Dynasty, Lee Ha-young was a man of humble origins, working as a cook. He met someone named Allen, an American missionary. Lee Ha-young became Allen’s houseboy. Allen saved an injured Min Young-ik with his modern medicine during the Gapsin Coup, and it utterly changed Lee’s life. He still spoke in a halting way but he was the only English speaker in Joseon. Lee worked as an English interpreter for Emperor Gojong and was eventually made ambassador to the United States, minister of foreign affairs and minister of justice. Despite all his successes, he ended up becoming a pro-Japanese collaborator.
These days, people are expressing strong skepticism about the English education plan of the presidential transition team. However, two things are obvious. First, the great power of foreign languages: In more than a few cases English has served as a means to change one’s destiny. Lee is a prime example. Wakasa’s command of the Portuguese language and firelock gun even changed the fate of her nation, as the gun subjugated the whole country during the warring states period in Japan.
But we need to take a closer look at the possible effects of the transition team’s English education plan which would have public high school classes taught in English by 2010. If we live with a foreigner, as Wakasa did, we will certainly learn English. Lee’s English lessons also proved effective, even though he learned it as a houseboy for Allen.
However, not all Koreans can marry foreigners. Additionally, like Lee, of course, we hardly want to become houseboys for foreigners.
In any case, we should move forward to break free from the conventional way of learning English by memorizing grammar rules.