Budget flights are cheap, but what cost to safety?

Budget flights are cheap, but what cost to safety? 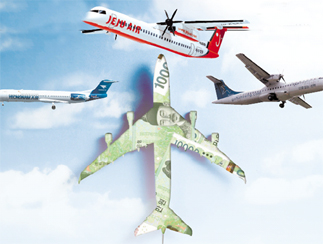 If you’re not that fussed about fancy meals or a choice of wine when flying to a beach in the Philippines or a business meeting in Taiwan, you’ll probably welcome the budget airline boom here in Korea.
But while stripped-down service on low-cost flights means cheaper tickets, experts warn of another cost: reduced safety.
The budget airline market in Korea is already overheated. Hansung Airlines and Jeju Air were the only budget airlines operating here two years ago, but the number will grow this year.
Korean Air’s affiliated company Air Korea will launch in May, Yeongnam Air in June, Estar Air in August, Purple Jet in September and Incheon-Tiger Airways in November.
Busan Airlines incorporated last year and Seoul Air and Daeyang Air are getting underway.
Last month Pocheon proposed establishing Pocheon Air by 2011. The proposal involves turning the current military airfield into a commercial airport.
Jeju is the most popular destination for budget flights. Jeju Air flies from Gimpo and Busan to Jeju, while Hansung Airlines flies from Gimpo and Cheongju to Jeju. 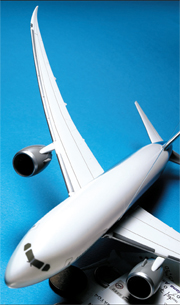 But airlines will operate international flights. Hansung and Jeju Air will begin international routes starting June and July.
Ticket prices make for pleasant reading for anyone hoping to save on a trip.
A one-way ticket from Gimpo Airport in Seoul to Jeju Isand costs 90,000 won ($95.58) with Korean Air, but Jeju Air offers the same flight for less than 50,000 won.
International flights are also competitive. On Korean Air, a round-trip ticket from Incheon to Yantai in China costs 230,000 won, but China Eastern Airlines, a budget airline in China, charges 120,000 won.
So how come the flights are so cheap?
First, the planes used by the airlines carry 120 to 160 passengers for short-haul flights, or those that don’t exceed four hours.
The strategy is to increase market share and to pursue quick sales at small profit margins.
In addition, the cost is kept low by cutting back on cabin service, the number of flight attendants and the quality of in-flight meals.
But that doesn’t mean you just get a ticket and a seat.
“Many passengers think that budget airlines offer no in-flight service at all since the prices are so cheap,” said Park Chae-eun, the PR manager of Hansung Airlines. But it’s a misconception, she says.
Though Hansung offers no meals, it offers other services. For example, flight attendants give out balloon animals to children, take digital photos and e-mail them later and hold magic shows onboard.
Hansung also cuts down labor costs to save money, Park said. There are around 250 employees, including the flight attendants and engineers.
In addition, the airline doesn’t offer mileage services but it does have a membership service.
Those who sign up receive practical benefits such as priority booking during holiday seasons like the Lunar New Year and Chuseok.
According to Park, Hansung’s most expensive ticket is 30 percent cheaper than competitors’ prices. Around 85 percent of the seats are full, Park added.
Normally, Korean Air and Asiana Airlines offer newspapers and drinks on domestic flights.
Not so on Jeju Air, said Park Mi-young, the manager of the firm.
There are no newspapers and the only drinks are mineral water and juice. And Jeju Air’s international flights, commencing this year, will only offer plain meals such as lunchboxes.
The background to this booming sector of the travel industry is one part politics and one part business.
Local government heads and politicians have been calling for regional airlines to make better use of regional airports to help revitalize economies in their areas.
They argue that the credit risk is low because regional heads are involved, allowing easy access to securing funding from financial firms.
Thus Jeju Air was established by Jeju Province and Aekyung Group, a midsized conglomerate. Both share corporate stocks.
Incheon-Tiger Airways, which was established last month, is owned by Incheon metropolitan city and Singapore Airlines. Each holds 49 percent of the corporation stock. The remaining 2 percent is owned by the Incheon Transit Corporation.
Busan Airlines was established by Busan metropolitan city and big businesses there.
Meanwhile, Hansung Airlines owes its foundation to Cheongju; Yeongnam Air to Busan and the Yeongnam region that includes South Gyeongsang and North Gyeongsang; and Estar Air to Gunsan and North Jeolla.
Open skies pacts have also influenced the budget airline boom. The pacts are free trade agreements for airways that relax limits set for the industry.
Korea concluded its first open skies pact with the United States in 1998 and signed further agreements with Thailand, China, Vietnam, Cambodia and Malaysia.
In 2006, Korea reached such a deal with China, which has a high demand for aviation, and is currently running model flights to Shantung Province in the northeast and Hainan Province in the southwest of China.
By 2010, the skies will be open for all South Korean and Chinese regions.
The goal of the budget airlines is to move into the lucrative international market.
“Budget airlines don’t want to process domestic routes. They bring less profit,” said Yang Sung-jin, Jeju Air’s managing director.
“The goal is to develop international routes to China and Southeast Asia,” Yang added.
According to regulations noted by the Ministry of Construction and Transportation, budget airlines are required to operate domestic routes for at least two years and run more than 20,000 domestic flights before they can start operating international flights.
But these low costs are sending ripples of concern through the frothy waters of the travel industry.
Increased competition means cheaper tickets, but with passengers paying so much less for a flight, who’s going to pay for maintenance?
Professor Kim Chil-young from Hankuk Aviation University said he is concerned that there is a greater danger of accidents when airlines start cutting costs.
“The flooded market is leading to extreme price competition, which leads to airplane crashes or other serious problems,” Kim said.
An example is the Cambodia PMT Air accident last June that killed 22 passengers, including 13 Koreans.
Investigators concluded that the accident was caused by a failure to maintain equipment.
Technicians should be responsible for checking equipment prior to takeoff, but in this case the pilot made the check.
The investigators concluded that the accident would not have happened if the plane had been checked properly by ground staff.

Another concern is that airports are seeing increased traffic as more planes take to the skies, adding to congestion and possible delays.
Jeju Airport is now handling up to 28 flights per hour, up from 26 flights per hour.
The airport is planning to increase to 30 flights per hour by the end of next month.
But Park of Hansung said passengers need not worry about safety. “The flights are cheap but that doesn’t mean the equipment is also cheap,” she said.
Rather, Hansung Airlines uses efficient and cheap oil that is two-thirds the price of the oil used by Korean Air and Asiana Airlines.
However, it should be noted that a corporation with less operating experience competing with other big airliners could threaten safety.
Since launching, Hansung Airlines has had several accidents during takeoffs and landings.
And aircraft don’t come cheap ― they can cost 20 billion won each ― and it takes big bucks to employ professional pilots and technicians.
So just how cheap should a flight be?