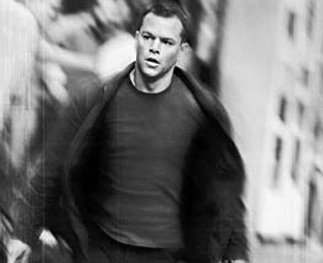 The third installment in the Jason Bourne series does what its predecessors have done ― but even better. Great fight scenes now come with the convenience that a DVD brings for repeated playback.
Action sequences are often so fast that you almost feel obliged to dissect each scene in slow motion just to get a grip on how super assassin Bourne manages to simultaneously knock down so many enemies so fast.
In the film, Bourne (Matt Damon) is still looking to uncover the secrets of his identity while eluding the CIA. Instead of a simple mission-accomplished-type spy movie, this plot gives the Bourne movies the type of twist that we have come to love. Bourne is still a man of great skill, yet still struggling to come to terms with himself.
He’s a hero who is actually vulnerable. How long has it been since we saw one of those? Sure, our heroes have gotten their occasional bumps and bruises, but do they encounter true mental suffering?
The fast-paced action and the equally fast-thinking Damon have become a trademark of this series, which essentially isn’t much more than a smash-’em-up movie.
In addition to Bourne’s identity crisis, subplots on questioning the chain of command of the CIA and the ethics of one’s employer add interest.
This is a movie that will hold your heart and squeeze it in suspense throughout.
For this one, you won’t find yourself pushing the fast-forward button at the end.
You’ll only find yourself yearning for more. It’s that addictive.