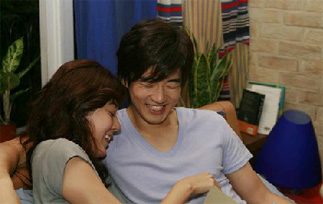 In Love for 6 Years

In Love for 6 Years (15)
Drama, Romance/ 112 min / Korean
Da-jin (Kim Ha-neul) and Jae-Young (Yoon Gye-sang) have been in a serious relationship for six years. It appears that their relationship is going along perfectly fine with their mutual understanding and respect of each other’s need for personal space. Jae-Young, however, is not sure if he still has passion for Da-jin. After six years of ups and downs, he finds himself wanting something more exciting. While Jae-young wrestles with his confusion, he is attracted by a girl working in the same company. 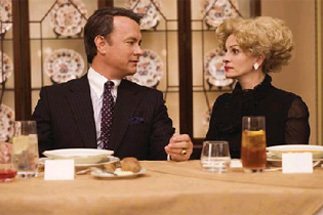 Charlie Wilson's War (15)
Drama, Comedy/ 97 min / English
Charlie Wilson (Tom Hanks) is a congressman with a gregarious social life full of women, booze and partying. Based on a true story, the film tells how the playboy congressman Wilson, a lovely Houston socialite (Julia Roberts) and a renegade CIA agent combine to spearhead the largest and most successful covert operation in history. Their efforts contributed to the fall of the Soviet Union. Philip Seymour Hoffman received an Oscar nomination for best supporting actor as the no-nonsense Gust Avrakotos, the gruff talking CIA agent. 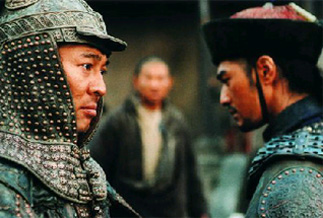 The Warlords (R)
Action/ 127 min / Chinese
The film is set in the 1860s during the Taiping Rebellion in the late Qing Dynasty in China. Corruption runs rampant and citizens suffer from poverty throughout the country. Based on an unresolved crime in 1870, the story tells of three brothers (played by Andy Lau, Jet Li and Takeshi Kaneshiro) who are forced to turn against one another due to the harsh realities of war and political intrigue. 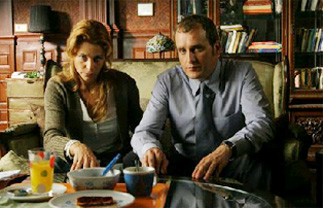 The Orphanage (15)
Drama, Thriller/ 104 min / Spanish
Laura (Belen Rueda) goes back to the orphanage where she lived for part of her childhood.
She plans to buy the building and turn it into a social organization for disabled children.
Her plan seems to work out with help from her husband Carlos (Fernando Cayo) and her son Simon (Roger Princep). Laura and Carlos, however, soon find out that Simon has an imaginary friend and horror begins to unfold. 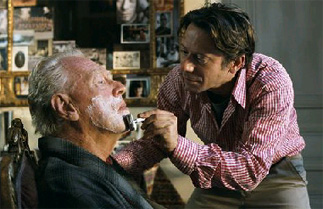 The Diving Bell and the Butterfly

The Diving Bell and the Butterfly (12)
Drama/ 111 min / French
This film is based on the memoir of Frenchman Jean-Dominique Bauby, a 43-year-old fashion magazine editor.
The film portrays Bauby’s life after he suffers a massive stroke, which leaves him with a condition called locked-in syndrome. The stroke paralyzes him, and his only remaining means of communication is the blinking of his left eyelid. The movie frequently shows what Bauby sees. During the painful adjustment period, Bauby tries to see the bright side of life. In his imagination, Bauby is a butterfly that escapes from the diving bell that represents his paralyzed body.

More information is available on the listed below