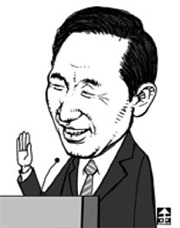 The inauguration of John F. Kennedy, the 35th president of the United States was most impressive. On Jan. 20, 1961, in frigid minus 7 degree Celsius (20 F) weather, Kennedy amazed the large crowd gathered there with the words of his inaugural address. “The torch has been passed to a new generation of Americans, disciplined by a hard and bitter peace,” he said. In his powerful inauguration address, he talked to his people with the following famous lines: “Ask not what your country can do for you ― ask what you can do for your country. My fellow citizens of the world: Ask not what America will do for you, but what together we can do for the freedom of man.” This was the highlight of his address.
Another much discussed part of President Kennedy’s inauguration was his hat. All of his predecessors wore a hat at their inauguration. Kennedy, however, took his hat off during his speech. The hat industry was shocked. Soon after President Kennedy’s inauguration, the wearing of hats dropped sharply.
In 1793, the re-elected George Washington’s second inaugural address was only 135 words long. It ended in two minutes. There was nothing superfluous in his address, known today as a masterful speech. He said: “I am again called upon by the voice of my country ... This oath I am now about to take, and in your presence: That if it shall be found during my administration of the government I have in any instance violated, willingly or knowingly the injunctions thereof, I may (besides incurring constitutional punishment) be subject to the upbraidings of all who are now witnesses of the present solemn ceremony.”
The inaugural address of the ninth U.S. president, William Harrison, was 8,500 words. It took more than two hours just to read. Not many people remember what it was about. Harrison died one month after the ceremony due to pneumonia because he gave such a long speech in cold weather.
The inaugural address of George W. Bush in 2001 was full of praise for freedom. He used the word 27 times and the word free was used 45 times. The hard-line policy on Iraq and Afghanistan followed. Bush showed his political views very clearly at his inaugural address. President Roh Moo-hyun, who used the name Northeast Asia 18 times in his address, followed with a balanced Northeast Asia plan.
President Lee Myung-bak is being inaugurated today. Some said his inaugural address will be different. That would be good; so would splendid rhetoric. The most important thing for the people, however, is a clear vision. That is the only way they can gain confidence and energy. The cool judgment of the nation has already begun.