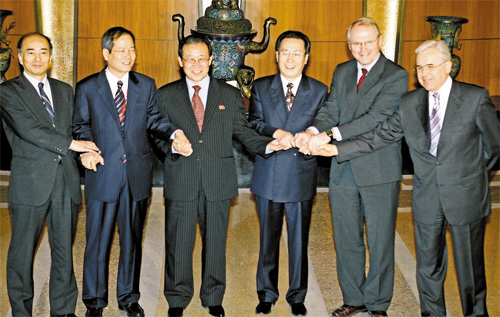 Negotiators from six countries―the two Koreas, the United States, China, Japan and Russia ― celebrated in Beijing after the six-party talks produced an agreement on Feb. 13, 2007 to dismantle North Korea’s nuclear programs. Seoul’s involvement in the six-party process is expected to continue under President Lee Myung-bak. [YONHAP]