A prelude to Pyongyang

A prelude to Pyongyang 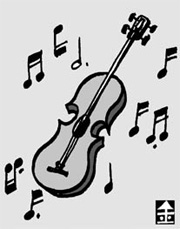 “Bridal Chorus,” from the opera “Lohengrin” by German composer Richard Wagner, is the standard march played during the bride’s entrance at most formal weddings throughout the world. There is also a brilliant prelude in this opera, before the opening of the third act. It is a beautiful piece of music that has been long beloved, and is frequently played on its own. The “Prelude to Act 3” is also one of Wagner’s most famous masterpieces.
From a historical perspective, Wagner was a politically controversial man. Hitler held him in the highest esteem. The composer was an anti-Semite even before Hitler began to implement his “Final Solution.” Wagner believed that the decline of art was mainly due to the Jews’ advance into artistic circles. He often berated Jewish people, saying that they hit below the belt and plagiarized other people’s works. After the Jewish state of Israel was established, Israelis refused to accept the spread of Wagner music.
The New York Philharmonic is scheduled to play the Prelude to Act 3, the exquisite love duet from Lohengrin, in Pyongyang tomorrow. I believe that there might be political meaning behind their selection of this music during the unprecedented first performance of a Western orchestra in Pyongyang in North Korean history.
In the opera the heroine Elsa ignores Lohengrin’s warning, “Do not ask who I am, and where I am from.” She asks the fatal question, “Who are you?” The result is horrible. Lohengrin leaves for heaven, Elsa dies pining for the man she loves. Perhaps the Prelude to Act 3 by the New York Philharmonic is intended to deliver a message to the citizens of Pyongyang, implying that they should leave ideology in the past, and let bygones be bygone.
The Bamboo Curtain was pulled down, thanks to the “ping-pong diplomacy” of 1971. That year, a group of American table tennis athletes paid a visit to China. But the tearing down of the curtain was mainly due to music. In 1973, the Philadelphia Orchestra had its first performance in China. In the same year, the Chinese authorities invited the London Philharmonic. Music served as a bridge of reconciliation between communism and capitalism. It is my sincere hope that Pyongyang will stand at the forefront of promoting wider artistic exchanges with the global community, going beyond the New York Philharmon-ic. As shown in Lohengrin’s lessons, let bygones be bygone. Then who knows what the future may hold? Perhaps the North and the South will join together in the near future, marching along to their own love duet.